Walking/ Running for a cure


Close to three hundred (300) persons joined the Walk/Run for a cure, one of the high points of the annual Breast Cancer awareness month-October, in the wee hours of Saturday 15th October 2016.
Well-known cancer survivor and advocate -42-year-old Shondia McFadden-Sabari of Atlanta, United States of America was also at the early morning event and closed it off with a powerful motivational talk at the Noel Lloyd Action Movement Park in the capital Road Town.
The Walk/Run, got underway from 5.30 am from the Noel Lloyd Action Movement Park and headed west onto Duff’s Bottom and back.
Six years ago, McFadden-Sabari and her family were met with, the shocking news that she was diagnosed with breast cancer, a mere two days before Christmas. She explained that one day she had a thought that she needed to get a mammogram, and she knew it was the Holy Spirit speaking to her, so she scheduled an appointment for the very next day.
“To my surprise, almost two weeks later, I was diagnosed with breast cancer in both breasts,” she said. “I was worried when I first got the news, but I worried less when I realized that I had to give it to God because worrying wasn’t going to help me. Since my surgery, I feel like I actually have a new life!! Refreshed and renewed!”
She admitted that cancer didn’t cause her any physical pain, but it gave her quite a scare. Both of her breasts were removed during a bilateral mastectomy on February 11, 2011, after spending countless hours researching the disease and meeting with experts, she decided this was the best course of action for her.
“Having both breasts removed was a personal decision I made to decrease the likelihood of re-occurrence [of cancer]. I didn’t want to spend year after year worrying about the possibility of cancer coming back. I wanted this thing to be behind me for good,” she stated.
Following her surgery, she decided not to do reconstructive surgery or wear breast forms like most women do. She considers herself as a confident woman who is extremely proud that she was bold enough to show other women that if they get a mastectomy, it’s okay to buy more breasts or wear the prosthesis, but it’s also okay if you go breastless, since being alive is all that really matters.
Shondia is counting her blessings that she did not have to do chemotherapy or radiation and these days she has gone past her days of being devastated and is just thankful that she is alive with her family. Her testimony has been shared with others globally through her platform-Bold and Breastless, which is a movement that aims to uplift breast cancer survivors and share resources through outreach and advocacy.
“Hopefully, I can encourage others that have been diagnosed and stress the importance of early detection,” she pointed out. For some reason she don’t miss her breasts she stated, and what’s more her husband thinks she is still gorgeous without them, however, either way, they are gone along with cancer and she is just so thankful that God allowed her to have this experience and is so eager to share her story with the world.
She felt that cancer didn’t change her life, rather her experience with cancer enhanced it and she is hoping to inspire people and give them hope while bringing smiles of joy to their faces. Some of the topics for the presentation included her experience with breast cancer and the importance of early detection.
Previous Article
365 days of Free Fuel for Dandra Vanterpool
Next Article
Setting sights on Miss BVI Tourism World 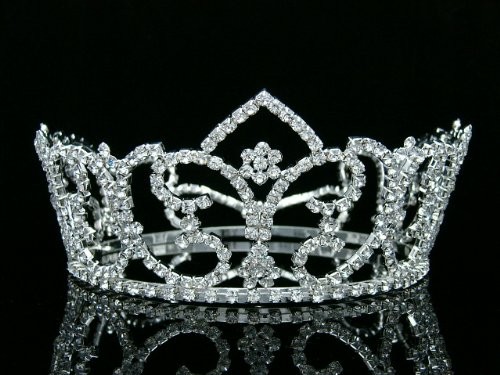