Since Cyril B. Romney, the 1959 BVI Open Tennis champion wrote sports for the Tortola Times between 1958 -61, there haven’t been many local sports reporters or many local journalists appearing with a byline in print. 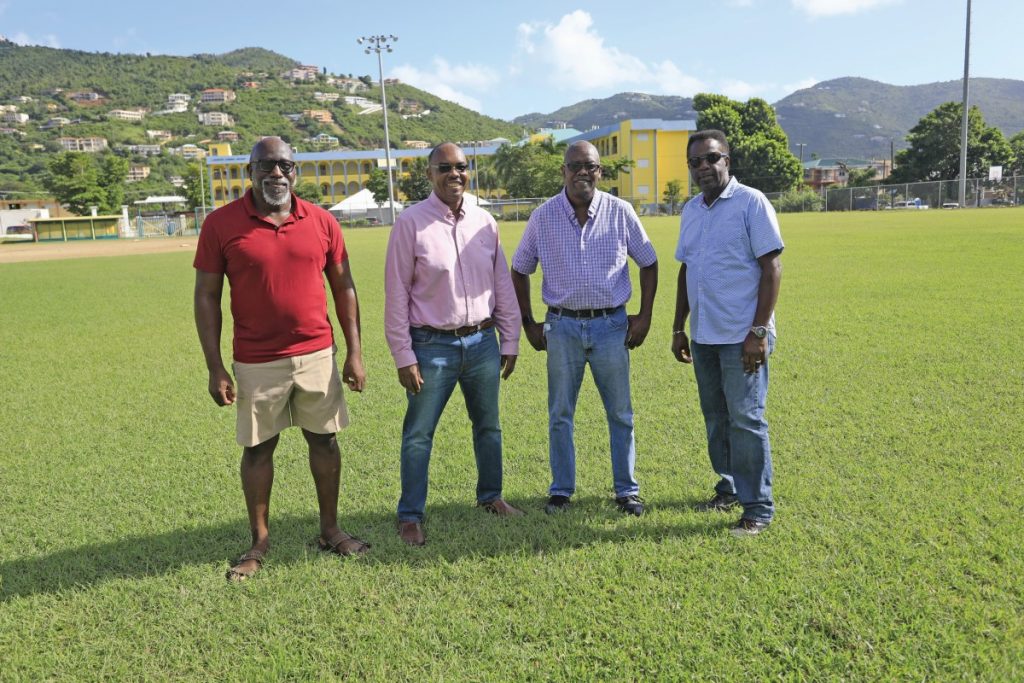 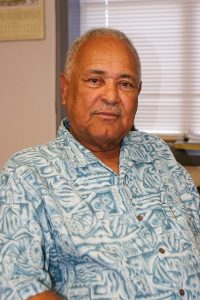 After Romney, the next wave of local sports journalist surfaced in 1984 with the establishment of the BVI Beacon, which I first learned of during the 1984 Los Angeles Olympic Games. From that issue, I knew of Karl Dawson, who also sang Calypso, as a sports writer before going off to the University of the West Indies to pursue higher education.

In September, while responding to one of Julio Jiminez’s social media posts about the once-dominant Byrds softball team, Karl told me that it was, in fact, his brother Ken who wrote before him. Since I’d been speaking to Ken frequently and sharing radio reports involving his son Kennard, a Georgia State University catcher, I was quite surprised. I knew his interest in sports, but he never hinted that he ever wrote an article and was a Beaconite.

“Well, actually, I wasn’t the first Beacon sportswriter,” Ken told me as I listened in further shock, knowing I was falling off the sports writing podium. “Actually, it was Brother Mel (Pastor Melvin Turnbull) who wrote the first article.”

“Brother Mel?” I asked in disbelief.

“Yes, and he was a good pitcher too,” Ken added.

That blew me away.

After speaking with Brother Mel and hearing the excitement in his voice, the idea came to gather everyone so I could learn how they became involved in sports writing.

“There was a time in the BVI not too long ago, whenever anybody wanted anything done—I mean anything done—especially in sports, they always called me,” Brother Mel explained. “I started off in sports with the Sand Hoods in Cane Garden Bay, we had some teams from Town who think they were bad, but when I went up against them, I had kind of a delusional pitch. I had a fast wind up, so those boys swung long before the ball reached, so I shut them down.”

Brother Mel said he’s a sports enthusiast and particularly loves baseball and softball, but not much of a basketball player. He recalled that in 1984 during a discussion with Michell Abbott, sister of Editor Linnel Abbott, he began writing a weekly column, and he got drafted into sports somehow.

“In fact, it was my brother here, Ken, who reminded me as I didn’t remember because I was doing so many things that I don’t always remember what I did,” he said. “Well, I guess I basically used to keep the score, let them know who played, when, who won, who lost, how many home runs, etc., etc., just keeping the people informed as to the sports and the fact that it was very much alive back then. I’m hoping we can somehow get back to that level.”

While not remembering the full details, Ken said he recalled having a conversion with Brother Mel, his cousin between Chase and Barclays banks—now First Bank and First Caribbean International Bank—and the next thing he knew, he was writing sports. Keeping late hours was a challenge in covering sports.

“I think it was a short stint, but I did enjoy the time of writing,” he said. “It conflicted with my main job (at Barclays), so I didn’t keep it up. But I remember writing mostly about softball, which was going on at that time. It would be interesting for me to get the back issues and see what went on.”

Ken said he also assisted the Beacon in several other capacities, as it was a fledging paper at the time.

“I remember one thing in particular when the Cultural Center got the piano on stage and I wrote the byline for it,” he fondly recalled. Timely delivery of Baby Grand. That I remember. Not sports-related, but that goes to show how I was involved in other activities around the Beacon at that time.”

Karl recalled the Tuesday deadline for getting sports to the Beacon, which was printed in St. Thomas at the time to be back on Thursday, and that Ken’s job conflicted.

“That’s when I started writing. It was the summer of 1984, I would have just graduated from high school, wasn’t working as yet, so I had a little bit more time on my hands, so I started to write under his name,” Karl remembers. “It was still Kenneth Dawson as the writer, but I was the one who was actually doing the writing, then I eventually switched over to my name. I did that for two years until 1986 when I went off to the University of the West Indies, then you (Dean Greenaway) picked up.”

Karl described his tenure as a “really good time writing on a range of things.”

“A lot of softball, a lot of basketball, track and field, tennis—just about anything that was happening to write about,” he said. “A couple of memorable interviews, one with Kenny “Funny” Thomas, who in the 80’s was one of the top basketball players locally. A softball interview which I really enjoyed was with top softball player, Bert “Big Man” Henley.” Karl reflected on Bert’s interview: Brent had expressed that it was like the ball was a part of him when he pitched. When he pitched, and the ball went in, it’s not like he was separated from the ball—he was actually with the ball—so what happened with the ball happened to him. When the ball got hit hard for a home run, he went home feeling ‘mashed up’ because he was a part of the pitch, which never left him.

Karl said he thought it was a great expression from Bert—one of the best pitchers the VI has ever seen.

Karl said it was and still is important to appreciate all the people who have come from everywhere and contributed writings for the Beacon through the years.

“But when you have local people, telling the story from a local perspective, I think it adds a particular perspective, a particular value to that,” he said. “I must commend you for your 11 years, Brother Mel did one or two weeks, Ken did four or five, and I did two years. I don’t know how Brother Mel got on the podium with gold, Ken with silver, I with bronze, and you’re off the podium, but you’re the man who really carried the sports.”