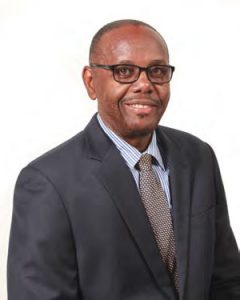 A firm believer in the joys of Christmas, this article is captioned ‘Holiday Season’ because it encompasses more than the Christmas holidays.  Our holiday season has expanded backward into November to embrace (unofficially) the American Thanksgiving weekend, including the ‘turkey day’ and ensuing ‘Black Friday Sales’.  We then continue to the traditional Christmas holidays, including the cheerful singing of carols, performance of programmes, skits, parties, and gift exchanges.  Attendant’s opinions of whether it is a pagan inspired event or celebration of Christ’s birth (the majority position) always seems to get bantered around, even if ever so briefly.

Somewhat more reduced, but still a reality, the observation of Three Kings Day takes us to the end of the holiday season.

Against the backdrop of our traditional observations comes the new reality of the COVID-19 pandemic and the need to socially distance. This brings a definite dampening to the celebrations.  The good news is that we are a people of understanding and reason; therefore, the need to adjust to save life for another year is an automatic response.

For the sake of debate, the position can be taken that the first Christmas season was a socially distanced event.  Let us begin at Ecclesiastes 1:9-10, “The thing that hath been, it is that which shall be; and that which is done is that which shall be done: and there is no new thing under the sun. Is there anything whereof it may be said, See, this is new? it hath been already of old time, which was before us.”

We cannot claim that this is the first time that social norms have caused temporary separations, history is replete with such instances, but we will stick to Christ’s birth.

“And it came to pass in those days, that there went out a decree from Caesar Agustus, that all the world should be taxed. [4-5] And Joseph also went up from Galilee, out of the city of Nazareth, into Judea, unto the city of David, which is called Bethlehem; (because he was of the house and lineage of David:)  To be taxed with Mary his espoused wife, being great with child.  [7] And she brought forth her firstborn son, and wrapped him in swaddling clothes, and laid him in a manger; because there was no room for them in the inn. [13-14] And suddenly there was with the angel a multitude of the heavenly host praising God, and saying, Glory to God in the highest, and on earth peace, good will toward men. [16] And they came with haste and found Mary, and Joseph, and the babe lying in a manger.

The Roman Empire had instituted a census (also called taxation) exercise, and Joseph, along with Mary, had to return to their hometown of Bethlehem in Judea to be registered.  The influx of people caused overcrowding at the local inn, and the only space available for the ready to be delivered. Mary was in the animal stalls (manger).  This forced social distancing on them and created a scenario where the shepherds who visited to witness what was told by the angels became the small group.

Therefore, we can see that the first Christmas event had singing by the angels and a small group in virtual isolation from the mass of persons in town for the census.

As we gather in small groups for our 2020 socially distanced holiday season, take heart that we will be simply emulating what Christ instituted on that first Christmas morn.  Like Joseph and Mary, circumstances beyond our control have caused us to adjust for survival.  Like Joseph and Mary, we can be assured to get God’s attention to our situation, and we will not be at a loss for love, care, concern, and celebration.   And like Joseph, Mary, and Jesus, we will move on from this temporary situation and achieve our purpose and fulfill our destiny.

Previous Article
Local sports reporters reflect on their tenure
Next Article
Out with the Old, In with the New

Out with the Old, In with the New
Guest Writer December 27, 2020
© 2018 Copyright VI Life & Style Magazine. All Rights reserved. A product of Relyon Marketing Group.
X