BEBE – The First Step to an Empire

Building an empire is something many of the greats have done. Just think back. They were massive, fortified, and left a mark on history. Now continue reading and learn what our Young Entrepreneur for this issue is doing! 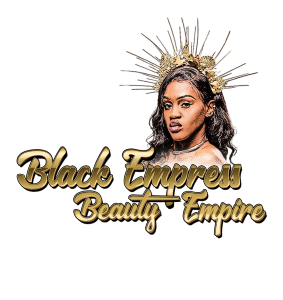 Tanisha Dorsett is her name and building an empire is her game. This 27-year-old isn’t using real estate, bricks, and mortar. Oh, no! This YE is out to build an empire of businesses, starting with Black Empress Beauty Empire (BEBE).

Five years ago, Tanisha started with just an idea. As a student at the H. Lavity Stoutt Community College, Tanisha tested the business ownership waters by selling wigs.  She quickly found that it took a high level of commitment and time to nurture a business to the empire she sought. She placed this desire on the back burner, albeit only temporarily, and completed her studies.

Later, life interrupted her again. As part of ‘adulting’, Tanisha held a full-time job and later started a family.

Fast forward to 2017. Tanisha threw a birthday party for her daughter. It wasn’t just any party, but one that took a chunk of money out of her resources. But she was ok. She had a plan, but life had a different plan for her. Tanisha found herself after the hurricanes of 2017 unemployed and with only a few hundred dollars in her bank account.

What was Tanisha to do!!!! Well, she learned hard and quick about how to plan and prepare. She also learned that the ceiling for her income was only as high as her employer allowed it to be, and it could be snatched away from her at any time, as it was. But let’s not go there just yet.

With a goal to build a home, Tanisha set out to work and run her business. “I have succeeded and am actually building a house right now with my partner of seven years,” Tanisha proudly shared. “One of my original goals for having a business was to have extra cash and put that into building a home. We are doing it out of pocket. We did get some roofing from my beau’s boss, and Honourable Alvera Maduro-Caine has said she would help with windows. We are so grateful for them assisting us. Other than this, it’s out of pocket.”

Currently, Tanisha is working for herself. Her empire is no longer a side gig: It’s her only gig! “It was scary at first. I didn’t know how I would make ends meet.  I didn’t know how I would pay school fees. But one thing I did before things got too bad, I set myself up so I wouldn’t have bills I couldn’t pay if my job fell through. I paid my bills in advance for a year. The situation I had before Irma, where I spent so much money, taught me to be prepared. People thought I was crazy paying bills so far in advance, but I didn’t care. I didn’t know what would happen, and I didn’t want to be where I was in 2017 with no money after a disaster.” We at VI Life&Style think this is a perfect plan and a great way to inject the time effort into your business: pay things in advance so you can focus on building your brand (or empire in this case).

When Tanisha was young, she was often called ‘Empress’ by those in her family circle. Well, she would be considered part of the black race (if you look at things in black and white), so she took the name Black Empress for her business. She sells beauty supplies, so that’s the ‘Beauty’ of her company’s name. And remember that empire mentioned in the beginning? “I needed a name on the end of my company’s name that would tie everything together. I sell beauty cosmetics, hair, and supplies. Black Empress Beauty wasn’t enough. I see myself having multiple businesses. I am building an empire. The word ‘empire’ has to be in it. I want to branch into other things.” Black Empress Beauty Empire (or BEBE) was the result.

We asked Tanisha how it felt to be a business owner. Her answer (as business owners ourselves) gave us butterflies of joy. “I am still shocked,” she started, “I was timid, but I didn’t have a choice. We have to eat. Now I can’t see myself working for someone else. When it worked out, it was amazing. It’s still amazing. I can’t believe it, and it feels so good! I am so free! I have so much free time. Well, not free time because I am always doing things for BEBE, but I have time to do things I couldn’t do before. I schedule things when I want them done.”

One product Tanisha makes is her pride and joy, as it is a labour of love from her own hands.  “I wanted to launch my Hair Growth Serum that I made in March, but the pandemic shut us down. It was delayed until June, and it has been doing really well.  It sells out quickly. My hair growth serum shampoo and conditioner are almost ready and should be available for the holidays. I am just waiting on the boxes to put them in.”

Like many other small businesses, Tanisha said it is difficult to keep her prices low and purchase locally. She is currently looking for ways to keep it local and keep the cost down. She hopes the local business environment will become more suitable for small businesses like hers to thrive and keep it local. What does help her is her relationships with entities she has connected with over the years. “Some vendors will give you a price and offer a discount. They work with you. This helps a lot,” she shared.

The next business for the empire is a clothing line and later lingerie. Tanisha hopes to have these up and running by Spring 2021.

“I advise people to go ahead and do the business they want to do. Even if it’s something you feel others are doing, do it! Everyone has their niche. Everyone has something that is unique. Everyone has to hustle. Everyone has to eat. Push and do your business. It doesn’t matter if you don’t get even one like. Keep advertising.  I posted something one night and woke to tons of orders, but the post didn’t have one ‘like’. Don’t get discouraged when you feel people aren’t clicking likes. My sales are double the clicks on likes on social media. Don’t worry about that. Do it and see how it goes. Don’t sit wondering if you can do it. You won’t know until you have tried it.”

And we think that’s excellent advice to take from the owner of BEBE: Just do it!

You can order BEBE’s products at www.blackempressbeautyempire.com, on Facebook at BlackEmpressBeautyEmpire, or via phone or WhatsApp at 284-543-7112.