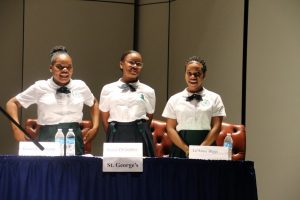 Tackling the topic “Gay marriage harms the institution of traditional marriage” on the opposing end, the St. Georges Secondary School, represented by three dynamic female students swept home the win in the Ministry of Education and Culture Inter-Secondary Schools’ Debate 2017 preliminary round which got underway at the Eileene L. Parsons Auditorium at the H. Lavity Stoutt Community College in Paraquita Bay on Monday January 30, 2017. 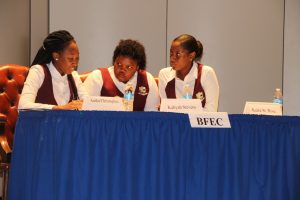 The debate was based on the command of the material, soundness of points, audibility and clarity, personality, and logical development.

Some of their high points brought forward were that gay marriages weaken the definition and reverence for the institution of marriage, it reinforces a declining emphasis on procreation which is a key purpose of marriage, thus resulting in lower birth rate and similarly, it is critical that both parents be part of any child’s life.

On the other hand, the Opposition stated that while they were not qualifying gay marriages on a right or wrong basis, but to show that there is no direct correlation between the argument of gay marriages and the erosion of traditional marriages.

On that note, they called for hard, cold facts which backed up their stance that the advent of these gay marriages harmed traditional marriages, stating that what is being seen is an era of following fashion, because everyone is doing it, we must do it too and likewise, if the majority isn’t doing it, it is automatically considered bad, weird or peculiar, exactly how society views gay marriages.

Another point which brought the matter home was the Opposition asking how can a recent phenomenon like gay marriage be blamed when the institution of marriage has been suffering for decades?

Pointing out that the culprit behind the issues in marriages such as infidelity, lack of communication, family problems, addiction problems, abuse, conflict in personalities, selfishness or self-centeredness and gender roles, has been a long-standing and will continue into the future, and advised on showing more love and respect to partners is a good way to reinforce the institution called traditional marriage. 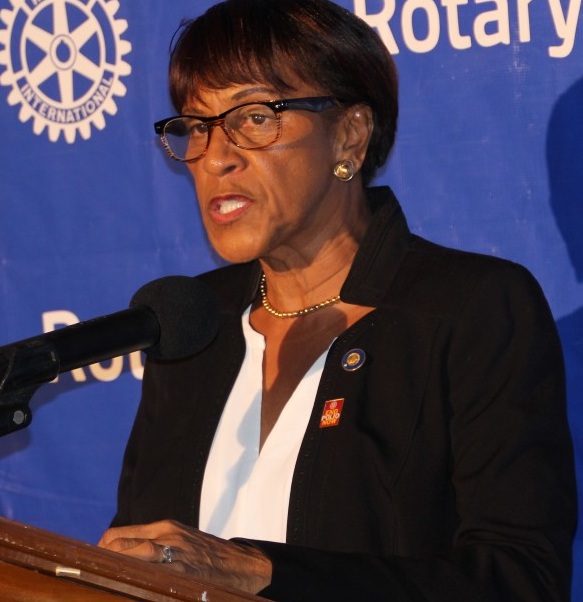