I’ve been dealing with a situation where I’ve recently learned I’ve offended people by my words because I’ve corrected people or replied to a question ‘too real’. And for a few minutes, I felt hurt. I literally cried because I want people to see Christ when they look at me. I don’t want to offend people when I speak openly to them. How can I reach people if my words only offend them?

The Holy Spirit quickly swooped in and showed me that the enemy was trying to place tape on my mouth. I recognized something big: THE DEVIL WAS TRYING TO MUZZLE MY MOUTH. As soon as this revelation came, I quickly rebuked the thoughts and oppressive feelings and began to decree that I was bold, a lioness, a warrior, an eagle. And just as quick as the oppressiveness came on, it left.

As I shared this with a very good friend, she spoke the Word into me. She reminded me that people in the House of God need to be told the truth and God wanted me to speak the truth.

But I still wasn’t 100% sure that this is how God wanted me to handle people. For as long as I can recall, I’ve always been what I thought was shy. People saw me step up and do things, but it was mostly out of necessity to accomplish something others wouldn’t do. I’ve also always considered myself to be introverted, preferring to spend time alone or just in a good book or my thoughts.

Today, no one believes this is who I was, or am. All they see is a bold, young lady who says things that others may be afraid to even think. But this isn’t who I saw…until three nights ago.

Until I saw the devil trying to muzzle me, I never considered myself bold. I mean, I do bold things. My mom has always referred to me as her brave child (I’d call home during my college years and after our normal greetings, she would ask “Where are you today?” She never expected me to ‘in place’, but always on the move in some new place). But I never woke up in the morning to thoughts that said, “You know, Keiyia, you’re a pretty bold person.” I just thought I was ‘normal’ but had a lot I wanted to see and do.

Until I saw the devil trying to muzzle me, I never considered the fact that I say things most people sugarcoat. In today’s society, no one really wants the truth. We tell our children to be quiet, never giving them a chance to speak. Rather than teaching them how to speak, we muffle their words and then wonder why they won’t talk to us. I’ll never forget when my daughter at age four told me that she says what her mind tells her to say. Shouldn’t we all be able to speak freely in the house without people being so easily offended????

Sure, we should use discernment and ask the Holy Spirit for our words. And of course, we should build up one another, but can you really build up before you pull down (clear out)?

Then the LORD put forth his hand and touched my mouth. And the LORD said unto me, Behold, I have put my words in thy mouth. See, I have this day set thee over the nations and over the kingdoms, to root out, and to pull down, and to destroy, and to throw down, to build, and to plant. Jeremiah 1:9-10 (KJV)

Before Jeremiah was formed, God put His Word in Jeremiah’s mouth. Jeremiah, like many of us, was reluctant to speak what God said. In his case, there was almost nothing good coming to the nation of Judah, unless they turned from their ways and came back to God. But Jeremiah’s mandate was to speak words that would clear things out before God could rebuild. He spoke nonstop, asking the nation of Judah to repent for the sake of their nation. They looked at him like he was crazy and went on their way. They didn’t want to have their dirty laundry aired out.

Apparently, some of these ‘Christians’ didn’t want to hear the truth. The truth was too real. But I wonder if they’d have known that Christ would go through so much to save them, would they have received Jeremiah and his Words from the Lord.

But aren’t we seeing this today? You have to tiptoe around some topics. Pacify ‘Kingdom people’. Avoid offending anyone. Can’t tell a woman her dress is too short. Can’t tell a man to stop chasing women in the house. Can’t tell people to repent. Can’t call out a congregation for being disobedient. For not being submissive. For being prideful.

Can’t do this!! No!!! Absolutely NOT!!! The house would clear out! But I say GO to these ‘uncircumcised Philistines’!! This is exactly what is needed.

Jesus went through HELL on earth to save us, and we can’t take a little correction. A little organization. A suggestion to do better.

My same good, woman of God friend mentioned before said this to me as well:

“You see, God can’t use “weak” Christians, because as soon as we get an attack, we give up. I don’t think he wants that. He needs us to be strong physically, spiritually, and emotionally (ouch….no more crying cause I offended someone in the house). The last days will be the test of all tests. And only the strong will survive.”

If the devil and witches can be committed and determined, then why can’t we as Christians. Forgive your brother 70*7 = 490 per [day]. We get all emotional if we are told the truth.”

And I couldn’t have said it better. Too many Christians are ‘skinny back’ Christians. They should be able to take a good offense. Jesus’ back carried so much more than a slight offense. HE carried our sins, our inequity, and our transgressions. He was slandered. Persecuted. Called a fake. Mocked. Shall I go on? His back carried all for us because he loved us so much.

If the offensive words said are true, repent and move in the right direction. If the words are not true, let them roll off your back and keep it moving. But above all, if your sister or brother has offended you, let them know. Deal with it.

If another believer sins against you, go privately and point out the offense. If the other person listens and confesses it, you have won that person back. Matthew 18:15 (NLT)

Stop behaving like children in elementary school. Walking around holding a grudge IN THE HOUSE OF THE LORD!!!!!! How is that being an example of Christ?!?!

Let no man despise thy youth; but be thou an example of the believers, in word, in conversation, in charity, in spirit, in faith, in purity. 1 Timothy 1:12 (KJV)

The Lord’s purpose is to tear down. Gut out. Clean house. Then he can rebuild and plant new skills, gifts, and anointing’s in us. Don’t avoid the truth. Embrace it. If you run from and avoid it, God may just throw His hands up and be done with you…like he was with Judah. Jeremiah relentlessly interceded on behalf of the people and God told him several times to cease praying for them.

So do not pray for this people nor offer any plea or petition for them; do not plead with me, for I will not listen to you. Jeremiah 7:16 (NIV)

Do not pray for this people or offer any plea or petition for them, because I will not listen when they call to me in the time of their distress. Jeremiah 11:14 (NIV)

Then the LORD said to me, “Do not pray for the well-being of this people. Jeremiah 14:11 (NIV)

To be honest, I am currently still struggling with being who God says I am. I am second guessing myself, preparing people for the words that will come out, and choosing my words carefully, but God has required me to be bold. To speak what He has mandated me to speak. To be the lioness I am called to be and roar mightily. To wear my armor and fight like the strong warrior that I am. To fly above the noise and chaos and soar as a graceful eagle, tirelessly. But he has also requested that I seek wisdom and guidance from the Holy Spirit and with His help, my words (while true and bold) will be exactly what he wants me to say. If it stings, blame Him, not me. **smile**

I know this isn’t my normal loving, joyful pieces but when the power went one morning after 1AM, God woke me saying ‘the power is gone’ (a prophetic message for another day). And it was. In the darkness, I began to listen to and speak with Him. One thing I asked for was a topic because he had yet to give me one and I normally have my writings lined up in advance. He answered and I eventually went back to sleep. Throughout the remainder of the night, I kept waking (it was HOT) and I’d recite the topic and drift back off. When I woke the next morning, the topic was completely gone. It was in my discussion with the woman of God mentioned above that I called many Christians ‘skinny back Christians’ as I explained that Christians’ backs are to be broad. And that’s when I thought I recalled the topic: feeble minded Christians.

How can we go forth to the nations when we can’t even get past a harsh truth! So quick to call pastors judgmental because we get called out; asking for a scripture to go with our call-out. Well, when Jeremiah was calling out the nation of Judah, he certainly didn’t have a scripture to back him up. They eventually threw him in a hole, but that hole saved his life and he was able to lament over Judah as they were exiled and overthrown.

If we don’t strengthen our mind (renew our minds) and broaden our backs by hearing the Word of God, we are no use to God. He will simply throw us to the side and move to the next person. Jesus back was made broad so that ours may be able to take the licks. Don’t let His thrashings be in vain.

I know this was a hard one on some of us, but it was not meant to judge nor condemn us. It was meant to encourage and uplift us to higher places. We were not meant to peck with the chicken, but to soar above the clouds (pettiness). Let’s all commit to doing our part. We are made in His image and He certainly is not a ‘skinny back’ God. 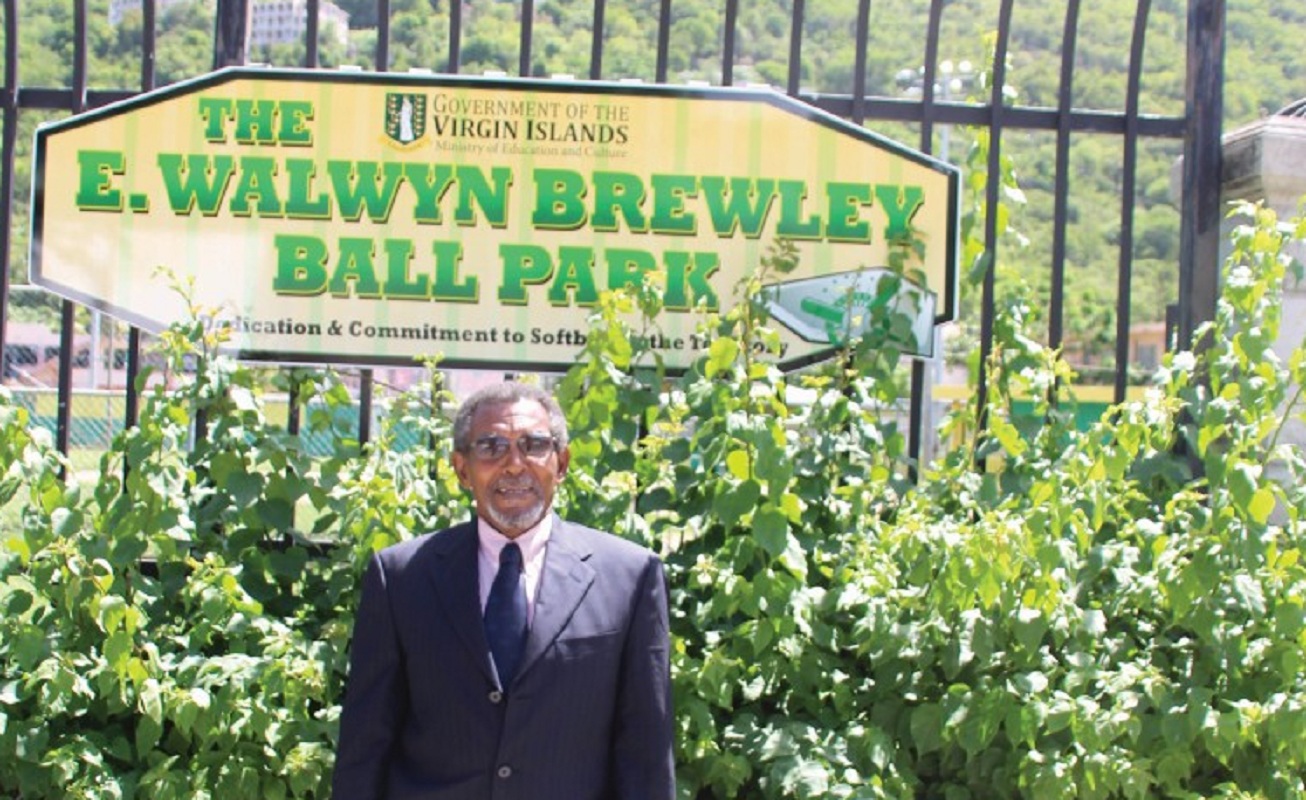