Potter’s by the Sea, the Place to be 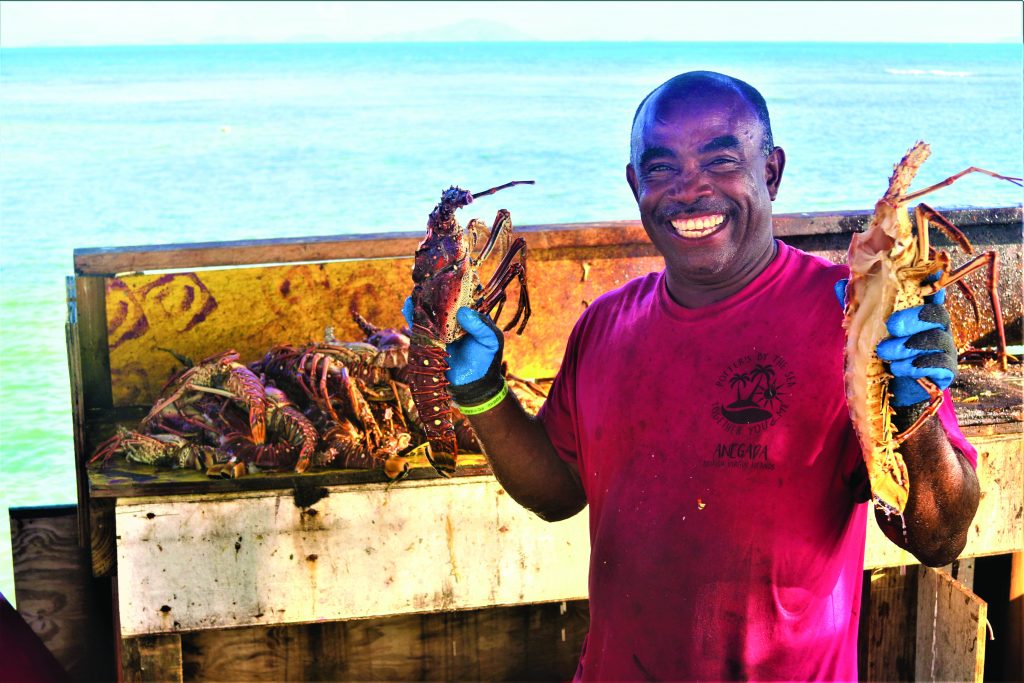 Words and photos by Elton Callwood

According to owner Liston Potter, of Potter’s by the Sea on Anegada, the secret to his success is love, expertise and location. “Once you love what you do, the rest will fall in place. But don’t excuse the fact that location has a lot to do with the success of any restaurant business,” he explained. Located next to the public dock, Potter’s by the Sea is the first spot you’ll meet as you get off the ferry or private vessel and the last spot before boarding.

After spending most of his younger years in New York and managing a huge restaurant called Sizzler Steak House, Mr. Potter thought it was time to return home and start his own business. “We started in 1997 on this same spot as a little shack made of shipping pallets and coconut branches and within two years Potter’s By the Sea became a favourite spot for, boaters, overnight guests, and residents,” he proudly explained. 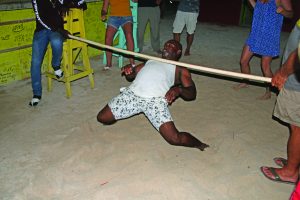 Over the years as the place made money, Mr. Potter reinvested, and so it grew from the little coconut shack that only served drinks to what it is today: a full-service restaurant built out over the water in an attractive setting serving up some of the best local conch and lobster dishes, BBQ Chicken and Ribs you can find anywhere in the BVI. Don’t forget to ask for a glass of their signature drink called ‘Potter’s Punch’. “You take one and it’s a knockout,” Liston boasted.

It is fair to say that Anegada is hopping with nightly entertainment at Potters by the Sea. There’s a bar and dance area and after dinner is served, the music is pumped up and disco dancing attracts a large crowd as the house DJ spins all the old-time favorites. Sam, the lobster chef, is also a limber limbo dancer and every night he is challenged with the signature ‘How Low Can You Go Limbo Competition’ – with little success by his challengers.

Hurricane Earl hit the BVI in 2010 and Mr. Potter lost the entire restaurant. It was at this time the banks came to him asking why he never came to them. He explained that he did, but was discouraged and so he refused them because he didn’t need them and rebuilt out of pocket. “I took that punch and got back up again,” he said with a giggle.

Hurricane Irma caused some damages, but once again Liston was able to rebuild out of pocket.

“I am the beginning and the end, the first and the last,” Mr. Potter said. “I am not the Alpha and Omega,” he swiftly cleared up. “When you get off the boat, I am right there and when you are ready to leave, I am the last spot you will see: Potter’s by the Sea, the place to be.”

“Last year after bouncing back from 2017 Hurricanes, no one expected such a great turnout for Lobster Fest and so we weren’t as prepared as we should have been. The bar was too small and unaccommodating for the large crowd and before 6pm on the Sunday, we were sold out of over 2,000 lbs. of lobsters.” Potter explained.

“This year I am ready for them,” he said. “I am ready like Freddy. I expanded the bar twice the size than it was, created a much larger dancing area and built a stage for live entertainment by Spectrum Band out of St. Thomas. I was going to also have WCK from Dominica, but there are no accommodation as all the hotels and villas are booked,” he added.

The Lobster Fest starts at Potters by the Sea from Friday night with the Bar Crawl and runs non-stop until Sunday night. Spectrum band will be pumping music from 10am on Sunday until they are ready to leave. Potters Punch ‘knocking-dog’, and the best Lobster you can eat prepared by Sam the Lobster King will be in abundance.