Another son of the virgin soil, Dr. Charles Hugo Wheatley was born right here in Tortola on February 16, 1938 and was the oldest of 12 children of the late Alturo Wheatley and Marie Durante-Wheatley.

The foundation for what has been a lengthy educational career started at the East End Methodist School and continued at the Leeward Islands Teachers College where he earned the Teachers Diploma in Education.  Following that training, he was awarded the College of Preceptors Associate Diploma (ACP) in 1963 and the Licentiate Diploma (LCP) in 1966.  He was awarded an Honors Bachelor’s degree in History and Philosophy and a Bachelor’s degree in Education from Mount Allison University in 1970.  In 1975, he completed studies for a Master’s degree in Curriculum Development and Educational Administration at the University of Toronto.  He completed doctoral studies in 1997 earning a Doctor of Philosophy degree in Multicultural Education from Union institute. He also completed post-doctoral studies at Harvard University and Carnegie Melon University.

During his tenure at the high school, he was noted for curricular innovation and restructuring of the institution to meet the needs of the students which included the High School Leaving Certificate Examination that was first administered in 1972.

In 1973, Dr. Wheatley became a founding member of the Caribbean Examination Council (CXC) and served until 1987.  In addition to membership on the council, he was a member of the School Examination Committee and the Technical Advisory Committee for Measurement and Evaluation and was responsible to the Government of the British Virgin Islands for the implementation of the CXC examinations in the Territory.

Dr. Wheatley was also instrumental in establishing Music as an examination subject in the curriculum and introduced the graded examinations of the Associated Board of the Royal Schools of Music and the Programme for students to attend the prestigious Annual Interlochen Music Camp.

In 1987, he became Permanent Secretary in the Ministry of Health, Education and Welfare and served there until 1991 when he became President of the BVI Community College, now the H. Lavity Stoutt Community College (HLSCC).  Under his leadership, the college’s enrollment grew from one hundred and thirty-five students to over nine hundred students.  The college established ties with regional and international universities.  These alliances enabled residents of the British Virgin Islands to earn Bachelor’s and Master’s degrees in Business, Education and Nursing from the University of the Virgin Islands, Wright State University, the State University of New York at Buffalo and Missouri Southern State University.  He retired from HLSCC in 2005 where he was made President Emeritus and has been serving as Chairman of the Board of Governors since 2007.

Dr. Wheatley’s service extended far beyond the organisations with which he was employed. He was the University of the West Indies Representative in the Virgin Islands from 1981 to 1992 and has been the local Representative of the Associated Board of the Royal Schools of Music since 1978.  He has served on numerous local Boards including the National Advisory Council on Drugs, National Advisory Council for Disaster Preparedness, Board of Directors of the BVI Security Scheme, the BVI Scholarship Trust Fund Board, the Board of Education and later the Education Advisory Committee on Education.  He was the Chairman of the BVI Scholarship Committee, and the Teaching Service Committee.

For his service, Dr. Wheatley has been honoured by the Caribbean Examinations Council, the BVI Government, the Methodist Church of the Caribbean and the Americas-BVI Circuit, the Rotary Club of Tortola by becoming a Paul Harris Fellow, the Lions Club of Road Town and many other churches and organisations.  He was made an Officer of the British Empire (OBE) in 1996 and received the University of the West Indies Medal for long and meritorious service in 1998.

He enjoys music and has served as organist for the Methodist Church since 1957.  He co-founded the Boys Brigade in the British Virgin Islands in 1956. He is a lay preacher in the Methodist church and has served as Circuit Steward.  He is married to Mrs. Jennie N. Smith-Wheatley, an educator and they have three sons-Lewis, Lloyd, and Leon, six grandchildren, and two great-grandchildren.

He explained that while he wanted to be a chef, which he still is in his own kitchen, the task of being an educator was “intellectually challenging” and that’s why he went into the profession.

He described himself as being “firm” in the classroom and taught the value of time which years later, earned him lots of thank you’s from many of his former students.

These days, he does occasional consultancy work for the Ministry of Education, a little bit of gardening and fishing, writes articles and is a few months away from completing his book on the history of education in the BVI. His days are kept busy also with his self-assumed role of outing fires, which he jokingly explained as settling family disputes.

The retired educator said the secret to his well-being is not carrying any excess baggage around and urges others to do the same.

“Don’t carry any adverse experience that you had. Drop it don’t carry it along, because when you carry these things around it takes a toll on your life! So just live one day at a time,” he said. 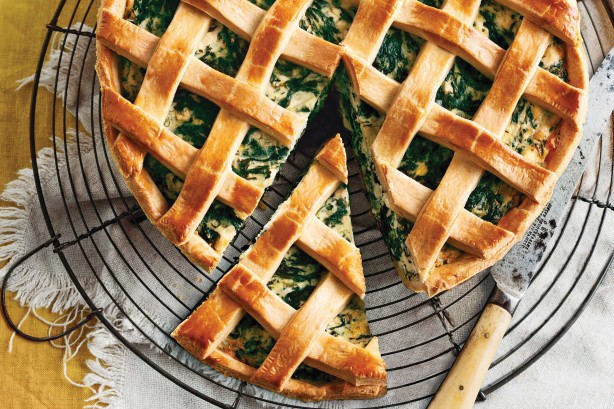