Cutting edge of neurosurgery, now at the Caribbean’s fingertips! 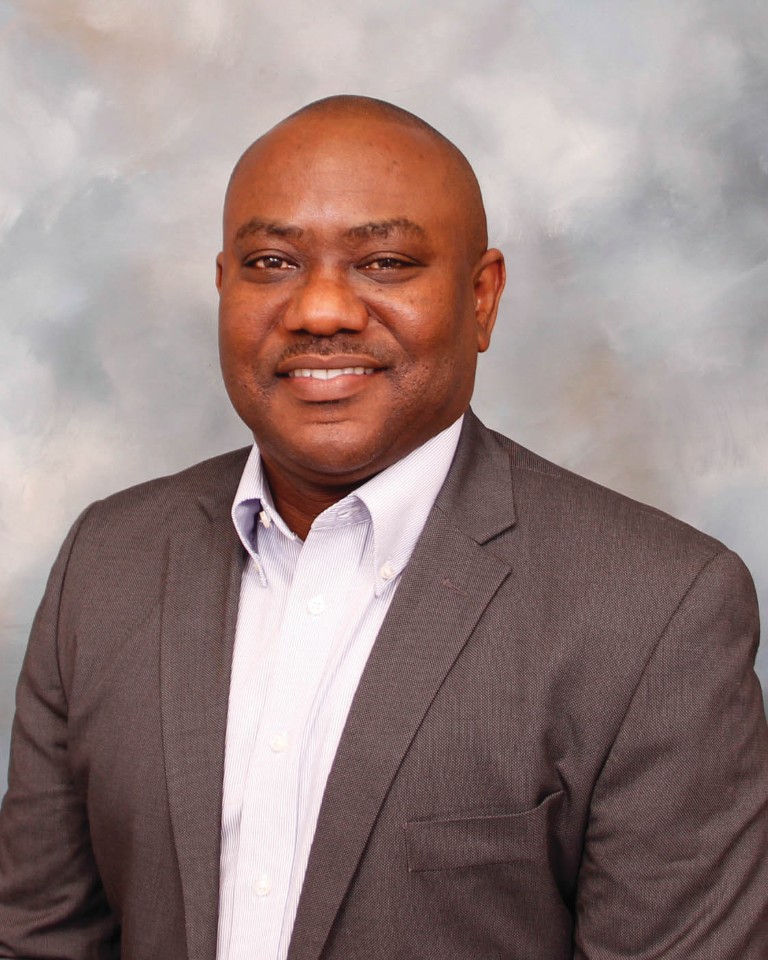 The Caribbean’s archipelago is a mere speck of dust on the global map but its people, culture and their strides in various sectors has long ago stretched its borders and placed it on the lips of the world’s largest countries, even more so now with the cutting edge of neurosurgery, that is now being offered by a selected few, including Dr. J. Geoffrey Liburd.

Dr. Liburd is a Specialist Neurosurgeon and Spinal Surgeon, who was trained at the University of the West Indies, Jamaica (UWI), Leeds General Infirmary, United Kingdom and Yale University, New Haven Hospital, Connecticut, USA. His formative education was done on the smaller of the twin island state of St. Christopher and Nevis. With all of this, he simply describes himself as “a humble Nevisian boy”.

“Prior to and while studying at UWI, I had the occasion to meet several world renowned Neurosurgeons and after speaking with them, I was motivated to achieve my dream of becoming a Neurosurgeon. Additionally, I did not want to do something that everybody else was doing,” he said.

As a Neurosurgeon, Geoffrey attends to the diagnosis and surgical treatment of disorders of the central and peripheral nervous systems including congenital anomalies, trauma, tumors, vascular disorders, infections of the brain or spine, strokes and degenerative diseases of the spine.

There are not many Neurosurgeons in the Caribbean and it is for this cause, that he ever so often comes to the British Virgin Islands, at the Bougainvillea Clinic Private Hospital, where he is a contracted Neurosurgeon and Spinal Surgeon.  When not working in Jamaica at the Kingston Public Hospital and Bustamante Children’s Hospital, Geoffrey is busy in the Eastern Caribbean Islands of St. Kitts and Nevis, Antigua and Barbuda and the BVI. He also receives referrals from Dominica, St. Eustatius, Anguilla, and St. Maarten. He is also an Associate Lecturer at the University of the West Indies, Mona Campus.

His training in Neurosurgery began in 2001, and on completing his DM Neurosurgery in 2013, he opened his practice. A believer in the use of technology to improve patient care and outcome, on February 1, 2017, Dr. Liburd along with Orthopedic Spinal Surgeon Dr. Kingsley Chin, Anesthesiologist; Dr. Patrick Toppin and Rhodes Scholar Dr. David Walcott performed a game-changing spinal surgery through the use of revolutionary new technology.

Historical surgery done in the Caribbean

As recent as February 2017. Dr. Liburd was honoured to be part of a team that replaced a four-level disc (Freedom Cervical disc) using patented viscoelastic polymer technology, the next generation of artificial discs in a patient at Andrews Memorial Hospital in St Andrews, Jamaica.  This team included himself, orthopedic spinal surgeon, Dr. Kingsley Chin, anesthesiologist, Dr. Patrick Toppin, and University of the West Indies (UWI) and Oxford-trained Rhode’s Scholar, Dr. David Walcott.

In his own words, Dr. Liburd explained that the new method is geared towards preserving motion in the neck and lower back thereby allowing them to mimic normal movement.

Speaking about the technology, Dr. Liburd noted that “this was the first time that four cervical discs were implanted in a patient using this technology worldwide. Being a part of something that is groundbreaking and history-making, as well as using a technology that will most likely change the way spinal surgery is done and the way patients respond to their surgery, gives you a sense of gratification and you are honored to be a part of it,” he said.

He continued: “The benefit of being a part of that technology is that I am now able to bring that technology to the Eastern Caribbean, including the BVI. That I think is a game changer.”

While admitting the cost factor, Dr. Liburd is of the view that the benefits are more than worth the expense. He highlighted the fact that the disc relieves neck and lower back pain while maintaining normal motion and alignment, something that is not allowed with spinal fusion devices, which immobilize the spine.

The Rebirth of Purple Palace 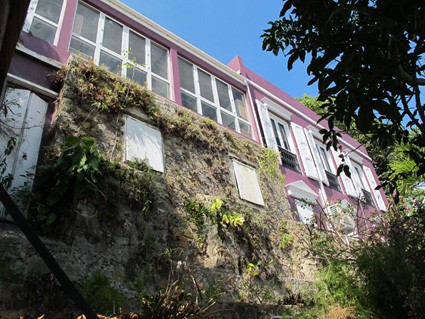 Erected on the ruins of an early seventeenth-century Dutch fort, the Bougainvillea Clinic, known as the “Purple Palace” is the only private hospital in the BVI. Overlooking the quaint capital of Road Town, it has a sweeping view of many islands that make up the territory.

General hospital services are offered within the cool interior walls with the specific focus on surgical specialties – general, abdominal, breast, gynecology aesthetic and reconstructive, orthopedic and spinal surgery and more; with a distinguished reputation for excellence in plastic and reconstructive surgery.

It was first opened in 1973 by Dr. Robin Tattersall, FRCS (I), OBE, and it underwent a revolution with a focus on the surgical specialties in 2007 when a special relationship was created with the doctors of Eureka Medical Clinic. In January 2010, in a pre-retirement move, Dr. Tattersall shifted the ownership baton of the clinic to Dr. Heskith Vanterpool of Eureka Medical Clinic. Under the management of Dr. Vanterpool, the Clinic is edging its way on becoming an innovative, contemporary hospital.

The Clinic boasts of two operating theaters and general anesthesia facilities. In-patient rooms are available on private or semi-private terms, with twenty-four-hour nursing care. Their physiotherapy unit serves as a support to the orthopedic and spinal surgery services very well and treats patients referred from outside doctors also. Their gym is well-equipped to aid in the rapid recovery of their patients.

Through association with the nearby Eureka Medical Clinic, patients have quick and easy access to a complete range of lab tests, X-rays, Ultrasound, CT and MRI examinations and Green Light Laser treatment for urinary obstruction.

With an unmatched team loaded with experience, warmth and an extra dose of care, the Bougainvillea Clinic, is simply the preferred health care facility for you. To top it off, the Clinic is served by an increasing number of specialist surgeons and physicians with a wealth of international know-hows from large, well-known hospitals all across the globe, attracting clients from Europe, Canada, the United States, South America, and other Caribbean Islands. 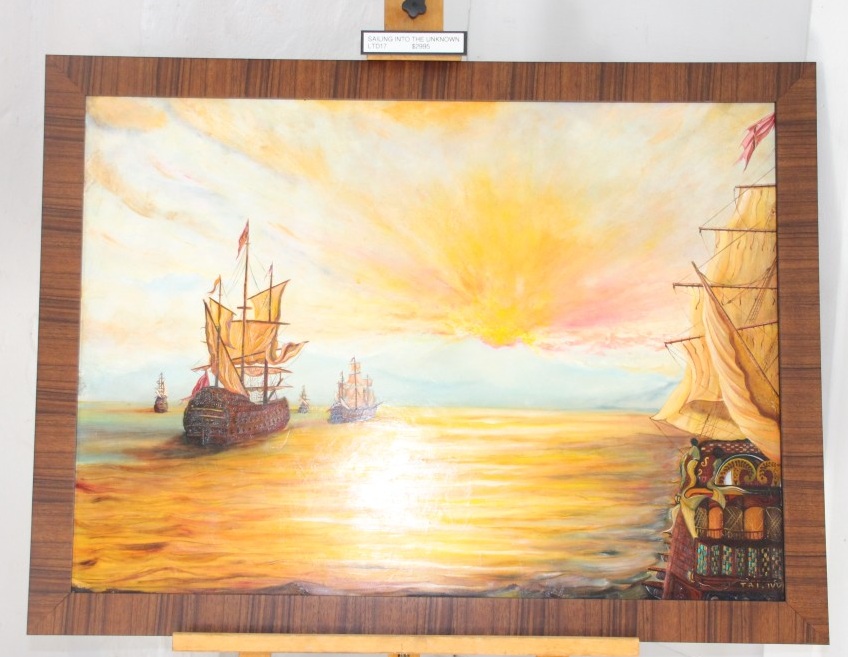