Lutia “Tai” Durante’s, passion for the art is so deep, that it burns through canvas! 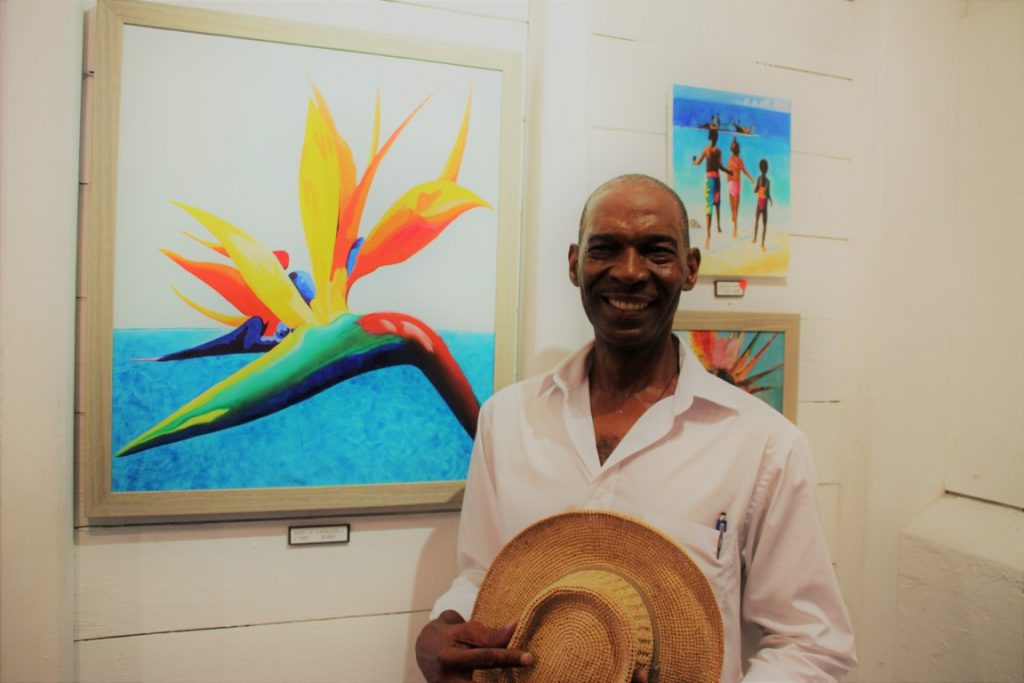 It is not every day that one’s love for a hobby shines so deeply as Lutia “Tai” Durante’s passion for painting that it burns through the thick core of his breathtaking artwork.

Scenes from his travels, throughout the US and British Virgin Islands, the Caribbean and Europe, depicting everyday scenes such as a woman making cassava bread in Suriname, another woman gathering salt from the salt pond on Salt Island, a view from the back of Cooper Island, and two sloops at the dock in Tortola, are some of his latest work.

Vibrant colours guaranteed to light up every room in a powerful command is a result of hours upon hours of sitting at his easel in the dead of the night.“At midnight, I am mixing paint, my coffee over here, and I am seeing those colours come back to me. I have to be in the mood, I am not painting to make money. I am painting from my heart. My soul goes into it. That was my free time and I got so much built up in me now I have to get it out on a painting. I am painting to clear my head,” he explained.

He said that his inspiration comes from all around him and in most cases, he walks with his camera which he uses to capture the still images and then proceeds to sketch them, adding colour to them and finally bring them to life on the canvas.

“It’s all around, whatever inspired me, but mainly Tortola and that is what I want to bring back. We don’t want to lose our culture. I am not a full-time painter, but I paint every day, whether it is for five minutes or two hours.”

The local artist had been for many years putting off his passion for the art to a few hours now and then. Being a detective at the St. Thomas Police Force and a husband and father, had consumed most of his time but now that he is retired from the force, and his children are now grown, he has more time on his hands and is planning on being a full-time painter.

The talented artist was born on Tortola and migrated to the neighboring island of St. Thomas, USVI, at the age of six, where he spent most of his life until his return with his family in 1993. His involvement in the art started when he was a young boy, following his elder brother’s lead, using sticks and stones to draw in the freshly swept loose smooth dirt in his yard; or on white washed walls, that was the norm in those days for persons seeking to bring curb appeal to the neck of their woods, particularly at Christmas time.

He remembers being beaten for the graffiti on the highly thought of white washed walls, by his parents; a high price he had to pay for his passion! Over the years, his methods of expression moved from sticks in the dirt and charcoal on white washed walls, to pencils and paper to now canvas and real paint and brush. It underwent a further upgrade when he attended the Boston School of Museum of Fine Arts at the Tufts University, in Boston, Massachusetts USA, for a brief period.

His art was skillfully poised and perfected throughout his life’s journey and now is of superior quality, the reflection of a genuine master artisan, saturated with passion and patriotism. His work has adorned several walls in and out of the territory, to include several privately owned residences and offices such as at the Bank of Nova Scotia and the luxurious Peter Island Resort and Spa, in the neighboring islands of St. Thomas and St. Croix and in London, United Kingdom.

The mostly self-taught artist revealed his intentions of opening up a studio, where he anticipates passing his knowledge and giving guidance to aspiring artisans. The studio will also, jointly serve as a museum of another time in Virgin Islands history with artifacts such as slates, that was once used for writing, the moose, which was the ancient tool used for ironing clothes, the dial phone, among others on display.

Some of his latest work took on a historical aspect, depicting the Virgin Islands during the days of donkeys and horses as modes of transportation and trading salt and fish for ground provisions. These can be seen at the 1780 Sugar Works Museum.

“How you get to be what you are today, it’s your past. Sometimes you have to look back there in order to go forward. Kids would really watch a picture in a book than to read,” Durante said.

When he is not painting or having art shows, he can be found toiling the fertile virgin soil and cultivating potatoes, bananas, cassava, mangoes, star fruit, and flowers, which he trades with one of the largest supermarket chains on island- Road Town Wholesale Ltd, for a number of years now.

Where passion and patience combine, beautiful things are created, and like Giotto di Bondone, Italian painter and architect from Florence who was generally considered the first in the line of great artists who contributed to the Italian Renaissance was quoted as saying, “Every painting is a voyage into a sacred harbour.” 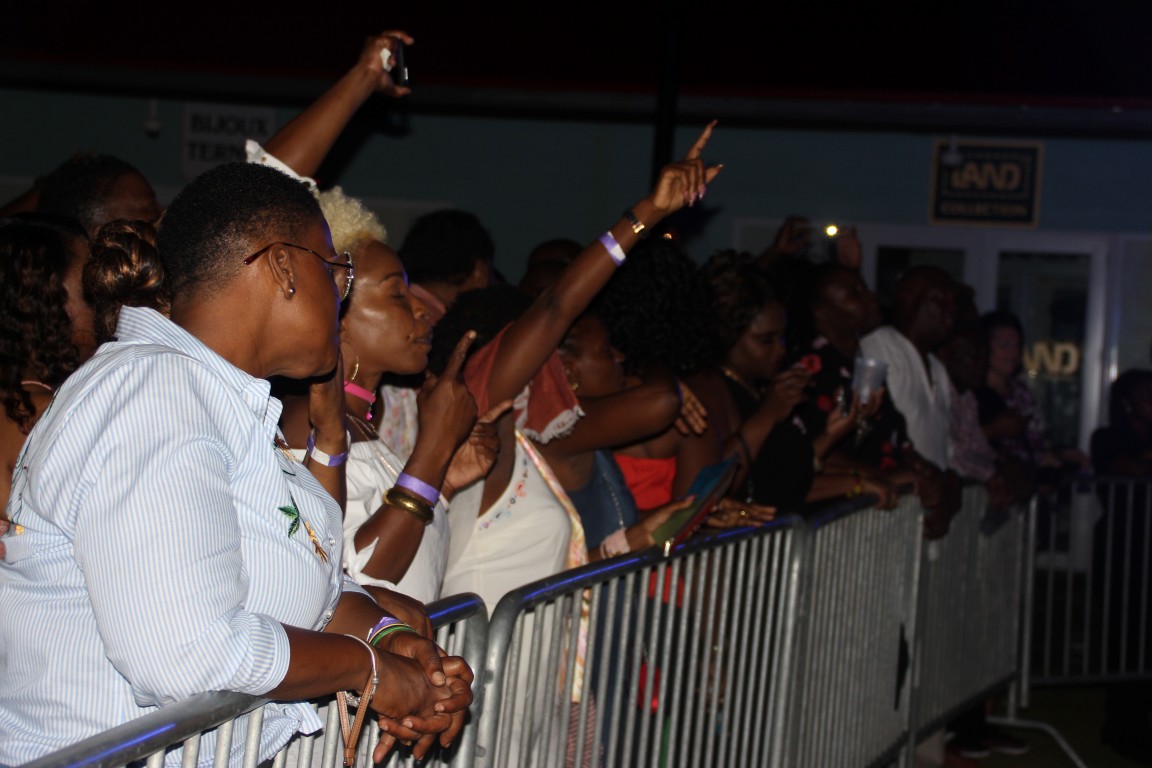