The unique and varied nature of the BVI’s archipelago makes it a paradise for both sailors and land-based visitors alike. Now, after two devastating hurricanes in 2017, the BVI is back!

The BVI, like many tropical destinations, offers a warm and sunny climate, many distinct sandy beaches and outstanding coral reefs in clear turquoise water for swimming, snorkeling, and diving. The British Virgins, though, are different: history and nature have been kind to this unique archipelago; so kind, in fact, as to make it a sailors’ paradise and an unparalleled adventure for land-based visitors. 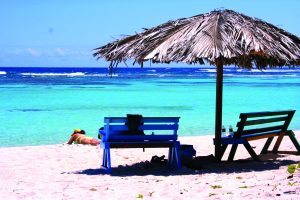 Pirates and their lore have featured heavily in Caribbean history, nowhere more than in the BVI. Norman Island was the island chosen by some swarthy sea dogs as the place to bury a pirate hoard of pillaged treasure as long ago as 1750. And it was in one of Norman Island’s caves that a chest of 3,000 pieces of eight was found in 1910 or thereabouts. The long-ago skullduggery is responsible for the names given to the bays and promontories. Names like Treasure Point, Money Bay, and Privateer Bay. Are you intrigued yet?

The Treasure Caves have become one of the most popular stops for charter boats and day trippers – the snorkeling is excellent and the aura of long-gone piracy sparks the imagination and adds to the fun, especially for the kids. And there is no doubt that Robert Louis Stevenson’s world-famous novel, Treasure Island, was penned using many aspects of the daring piracy that culminated with the BVI’s buried treasure.  A synopsis of Treasure Island explained in pirate lingo, elicits open mouths and wide-eyed awe for adults and children. The black spot and Long John Silver come into the conversation when one sail passed Dead Chest Cay and Dead Man’s Bay, “Yo, ho, ho and a bottle of rum.” 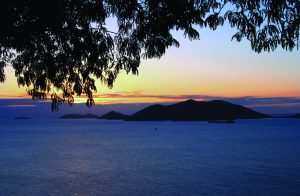 While we’re on the subject of nautical history, an epidemic of yellow fever and a terrifying hurricane in 1867 were simultaneously responsible for a wondrous and unique dive site off the western shore of Salt Island. The Royal Mail Ship Rhone was transferring cargo at Peter Island instead of St Thomas due to the yellow fever outbreak there. An unexpected and very intense hurricane swept right over the BVI and the captain of the ship decided to break for open water. It was a mistake: the wind backed a hundred and eighty degrees before the ship had cleared the islands and the maelstrom drove the vessel ashore where her white-hot boilers exploded and broke the ship into two halves. A hundred and twenty-four lives were lost. Over a hundred years later the tragedy would prove to be fortuitous for the BVI. Movie producers liked the site so much that they filmed portions of The Deep here in the 70s. The location of the wreck is perfect for a two-tank dive being in 80-ft and 30-ft respectively. On shore, are the eerie graves where many of the victims were laid to rest, covered only by rocks and coral.

The story of Robinson Crusoe must have inspired Robb White when he travelled through the BVI in the 1930s and fell in love with beautiful Marina Cay. He bought the island in 1937 and slowly but surely, with the help of wife Rodie, built a sturdy, one-room cottage on the summit of the tiny island. In those days the BVI existed on subsistence farming and fishing; there were few tourists. The pioneering couple existed on the ocean’s bounty, and legend has it, that Rob would ask Rodie what she would like for dinner and then would dive the extensive surrounding reef and bring back a snapper, grouper or lobster; whatever was her wish. The couple’s lifestyle inspired White to write a book, Two on an Isle, later to become a popular movie starring Sidney Poitier. The story describes a romantic life of simple pleasures; the biggest luxury they had was a paraffin fridge. The tiny property is now a Pusser’s restaurant with a happy hour bar, and many visitors re-live the Whites’ dream, if only for an evening, while imbibing on Pussers’ Painkillers. Although the island was badly damaged by Hurricane Irma, it has bounced back and appears as popular as ever.

Disney World encompasses imagination and creativity to produce sparkling entertainment. The BVI is certainly not Disney World but has nature to thank for a geological wonder; rightfully termed one of nature’s little secrets and an authentic rival to any man-made theme park. The trails through precariously balanced granite boulders and translucent pools of seawater have a fascination all their own. The boulders, carved and sculpted from sea, wind and weather, have names like Skull Rock, Neptune’s Hideaway and the Throne. Rock jumping is available – with no turnstiles or lines – but watch the depth. Magical snorkeling can be enjoyed here too; coral formations sprout from underwater rocks and grottoes provide habitats for all kinds of marine life.

Virgin Gorda’s North Sound is a protected body of water surrounded by hills. Thanks to the hurricanes of 2017 only one resort are now open, Leverick Bay. The resort has a marina providing fuel, water, and ice as well as water sports in the form of jet ski rentals, dinghy rentals and powerboat excursions. There are interesting shops, a well-stocked provisioning store, a spa, and two restaurants, one at the popular beach bar and another, a much grander affair on the upper deck with panoramic views over the Sound. 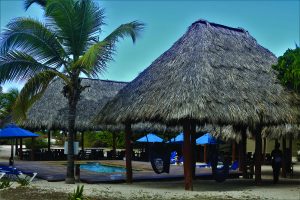 The island of Anegada is a good example of the geological diversity of the BVI. It’s a flat, coral island with miles of pristine sandy beaches, and it’s on everyone’s wishlist to visit. At the anchorage there are several popular restaurants, all serving the exceptional Anegada lobster, said to be the sweetest in the region. A typical Anegada trip on a chartered sailboat could go like this: Have a wonderful two-hour sail on a beam reach, arrive at the Setting Point anchorage, go ashore and rent a scooter, mini moke or jeep, explore the island taking in Loblolly Bay, Anegada Beach Club and Cow Wreck Beach, not forgetting to enjoy some beautiful snorkeling or perhaps even some kite surfing. At the end of the day back at the anchorage get ready for a gorgeous sunset happy hour and the best lobster dinner on the planet. 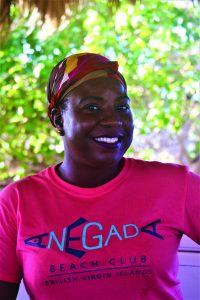 The sail from Anegada to Jost van Dyke, with the wind at your back and the scenic delight of Tortola’s north shore to port verifies the quote that the “pleasure is in the journey.” In this case, though there are rewards in the destination too. Both Sandy Spit and Sandy Cay are delightful islets with good snorkeling on calm days. Both offer that feeling of “having arrived” in a Caribbean paradise; turquoise water, powdery sand beach and waving palms are all part of this paradise package. Nearby is the popular attraction of the Bubbly Pool. When there is a north swell, a small opening in the rocky cliffs of Jost van Dyke’s northeast coast allows water to be forced into a natural pool. The swirling, frothy Jacuzzi provides a playground for young and old.

It seems that half the world has heard of Foxy’s, hidden away in the eastern corner of Great Harbor. Since the early 70s, the famous bar and party venue have been serving up fun. And Foxy, the maestro himself, still makes appearances, tells a joke or two and poses for that inimitable photo. White Bay, just to the west, has become the “place to be seen.” Hundreds of day-trippers and yachtsmen enjoy this superb beach and all the attractions of diverse bars, eateries, and shore-side activities. Ever heard of the Soggy Dollar Bar? Well, here it is.

There can be no doubt that the BVI is an exceptional vacation destination. The above sampling of just some of the archipelago’s many attractions should whet the appetite of even the most apprehensive dreamer. With the gifts supplied by nature and history, Disney couldn’t have done it better.

Previous Article
POSH Girl
Next Article
The Resilience of Nature