Once upon a time, for over two hundred years, when persons entered through those red impressive metal gates of Her Majesty’s Prison on Main Street, it meant two things: imprisonment or execution. These days, the only guards there will be are the tour guides who will eagerly give you a firsthand look at the penal facility that housed those who fell on the other side of the law as recent as 2007.
It was in the early 1990s when the decision was taken to construct a new facility in Balsams Ghut, located on the eastern side of Tortola. Then on the 20th of May 1997, Her Majesty’s Prison was emptied of its prisoners and the doors shut for what was believed to be the last time, only to be reopened again to house female prisoners due to the rise in crime and overcrowding at the new facility, until 2007 when the facility was shut once more and abandoned.
In a brief ceremony on the 6th of December, 2016, along with the Premier and Minister for Tourism, Dr. D. Orlando Smith and other stakeholders, the Her Majesty’s Prison Museum was opened to the public for educational tours and a trip down memory lane.
According to background information courtesy the Department of Information and Public Relations, The HMPM is said to be among the oldest made for public use in the British Virgin Islands, which also housed the St. John’s Ambulance Brigade, immigration, vehicle and licensing center and customs departments.
The refurbishment of the HM Prison to a museum started in 2014 following the submission of a comprehensive plan submitted by the late Captain Hugh Whistler, who also served as the project manager and oversaw significant renovation and repair work, as well as the installation of interpretation information. The completion of the works was a collaborative effort of the Minister of Communications and Works and Representative for the Fourth District, Honourable Mark Vanterpool; the Ministry of Communications and Works; the Office of the City Manager; the BVI Tourist Board, the historians of the H. Lavity Stoutt Community College and other stakeholders.
The museum will be open Monday to Friday, from 8:30 a.m. to 2:30 p.m. Visits on weekends and other times can be arranged. One-hour guided tours will be offered three times a day from 9:00 a.m. to 10:00 a.m., 11:00 a.m. to noon, and 1:00 p.m. to 2:00 p.m. At other times, visitors can do a self-guided tour of the museum.
The entrance fee will be $5 for all non-residents, $3 for residents, will be charged, and children under five years old will have free access.
The HMPM building houses over ten old cells ranging from various sizes and can accommodate up to 14 inmates at one time, including five segregation, one execution and five other cells, a military history, shower block, exercise yard and prison history area, is latest addition to the BVI’s historical sites.
Some $275,000 was already pumped into the ongoing project and another $200,000 will be needed to bring it up to scratch and open up the kitchen, café, dining area, and the administrative section among others, in the New Year. A gift shop, snack bar, more interpretation panels and creating a more interactive experience through audio-visual aids, are also on the cards.
Premier and Tourism Minister Dr. D. Orlando Smith sees the opening of the old prison museum as a preservation, enhancement, and promotion of the cultural heritage of the territory.

“Her Majesty’s Prison Museum is an important tool towards achieving this goal and it will help in teaching our people about our history and from whence we came,” he said.

Previous Article
Decorating small spaces for the holidays
Next Article
Tyrone George is the Best of the Best Mr. Gentleman of Quality 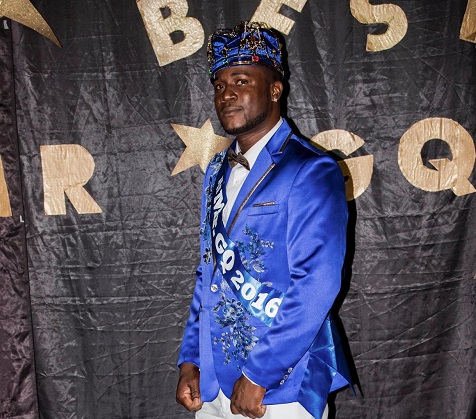