Should the media be censored?

Media censorship happens in many major countries like the People’s Republic of China, the Republic of Cuba, North Korea, Saudi Arabia, Vietnam, and Ethiopia. Should it also be done in the democratic British Overseas Territory of the Virgin Islands too?

But just what is media censorship? In a nutshell, the Committee to Protect Journalists (CPJ) defines it as the use of tactics ranging from imprisonment and repressive laws to harassment of journalists and restrictions on Internet access.
In the dimly lit, comfortably air-conditioned, Eileene L. Parsons auditorium at the H. Lavity Stoutt Community College in Paraquita Bay, on Monday 20th February 2017, six students took up the task of proposing and opposing just why the media should or should not be censored in the British Virgin Islands.

The proposition’s team from the St. Georges Secondary School (SGSS), was represented by Kiymeiah Millington, Hunter Christopher, and Le’Amoi Biggs. The opposition was the Virgin Islands School of Technical Studies (VISTS) comprising of Anya Stevens, Gracelyn Pickering, and Noah Spencer.

The proposition argued that censorship is about providing barriers and principles to safeguard citizens from obscene and unacceptable content and censorship has been around since the beginning of time and the apparent abuse of press freedom is a major reason why it is needed. 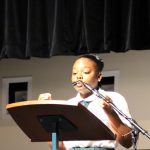 Laying the foundation that the media is a very powerful entity, the first speaker of the Proposition SGSS, Kiymeiah Millington, who walked away with the award for Best Speaker, posed the following scenario.
“Breaking News! Breaking News! Female brutally raped and beaten, her name and gruesome video follow below; is this what we would like for our beautiful British Virgin Islands? Is this the dismal future we want for our upcoming generation?” she asked.

Millington pointed out that they have concluded that the concept of censorship of the media has often times been interpreted as taking away the rights of the media, however, that is not the case.
“In fact, the two terms are comparable to chalk and cheese. Rather than censorship taking away the rights of the media, censorship is really protecting the rights of all citizens, the media, as well as those it writes and speaks about.”
Another point of argument was that the Doctors, Lawyers, Teachers, Nurses, Preachers, and Bankers are guided by legal and moral codes of conduct, and even Politicians are censored when the people vote them in or out. It is a requirement for all members of civil society, saying, “Are we implying that the media is greater and more powerful than anyone else and so does not require guidelines for its operations? The media can totally destroy or create a person if they want!”

The young debater said what the media wants is controversy, and in some cases exaggerating the report for higher ratings. She noted that press freedom is a responsibility and must be carried out with dignity. In closing, she made a case for legislation for the censoring of the media in the Virgin Islands.

But on the other hand, the opposition VISTS, argued against media censorship, saying it could have far reaching complications as it relates to small democratic countries like the VI.

Instead, the VISTS called for the lobbying of legislation for the Freedom of Information Act, which, they strongly believe is the missing critical link for members of the press and the public, which could possibly reduce the amount of speculation that currently exist. 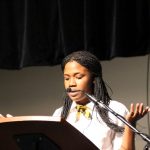 Another cry was for the development of the Human Rights Council that would promote good governance in the territory.
“We the opposing team believes that it is not the appropriate time to introduce such drastic legislation at this particular period in our small state developing economy. If the media is further censored in the VI, it will erode the democratic process that our forefathers have fought tirelessly for,” Anya Stevens, said.

In the end, the proposing team, from the St. Georges Secondary School (SGSS) won, and they will be among finalists at the same location on March 15, 2017.The judging criteria were based on the soundness of points, logical development, audibility and clarity, personality, command of the material. 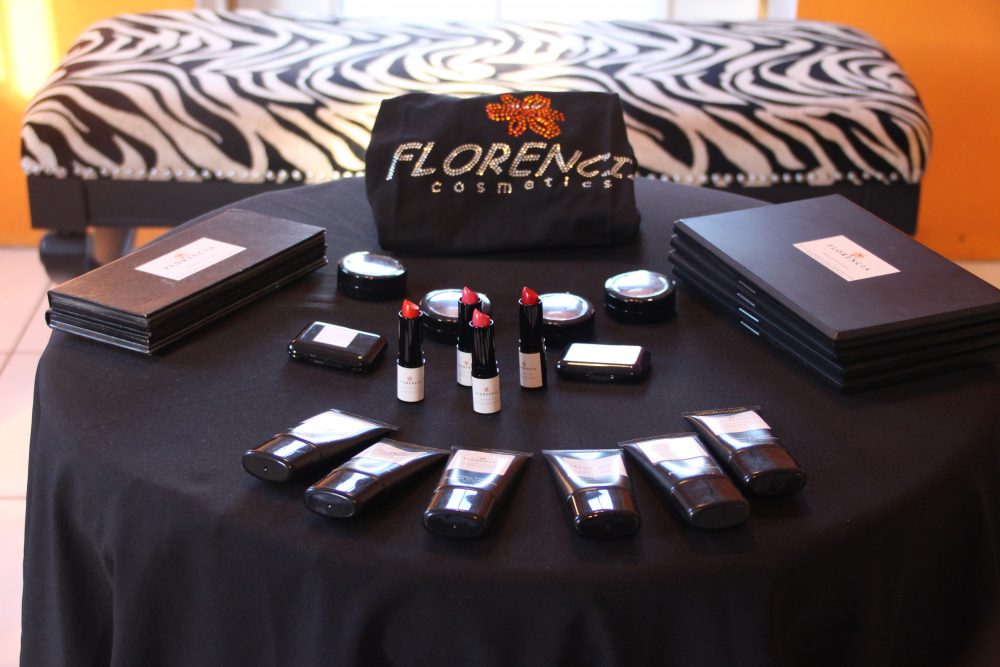