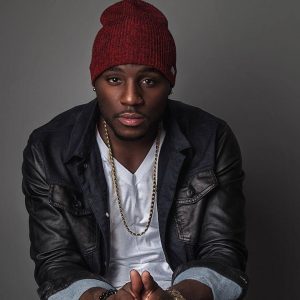 This Virgin Island’s native, is aiming straight for the stars with his latest music video-Million miles, a song sprung out of his college dorm that spoke of his long distance relationship during that period of his life. McKenzie “B’More” Baltimore Jr who is a Singer/Songwriter for some nine years now told VI Life & Style Magazine that his very first music video- Love again, was number one on cable television network, TEMPO and he is confident that Million Miles will be as equally successful.

“I am sure is going to do the same thing or probably bigger.It will hit number one and it will take the region by storm. I’m aiming very high with this one,” He said. “Million miles is a song that I wrote while I was in college going through the thing that you go through when you have a loved one and you are a distance from them, so you write about it and i just said that even though we are distances apart we will still have each other’s heart. I tried to make it relatable to everyone so that when they can listen to the song they can relate to it.”

The video depicts a modern day Bonnie and Clyde, where the couple robbed a financial institution and they were identified by camera footage despite their disguise by law men. The video shows a crooked cop instructing his two officers to conduct the arrest of the two, but as soon as they left he called Clyde informing him of this and told him to secure himself by running away without Bonnie. Clyde defied his advice, and was seen running towards the house that he shared with Bonnie and the two barely escaped on a small vessel together.

The 5.13 minute video also serves another purpose, B’More explained.“ What we really wanted to do with this video is to capture the destination and the tourist attractions and musically the BVI has a hidden musical identity we wanted to showcase that.” He described the music as a fusion of R&B and Caribbean and the genre is Caribbean Soul.

The video was put together by one of his producers Christian” Chacho” Santana, and was directed by Phillip Richards Jr from V- Islander Media and  recorded by Lincoln Ward of Beatlink Production INC.Some scenes were shot at Sea Cow’s bay, Sandy and Nanny Cay,the video was given a private screening on Tuesday 10th May 2016. Since then it has gathered viewership of close to 5,000 on Youtube and received well over 80 thumbs up.

B’More is 28 and was born on Hannah’s Estate in the western side of Tortola.

The video can  be viewed via Youtube link: https://youtu.be/Be5i8SEKoqY