Growing Up In Sea Cows Bay

The information presented is a snapshot of the things I can vividly recall doing in my village while growing up. It seeks to evoke a buried memory in readers as they get a glimpse of what life was like not so long ago. 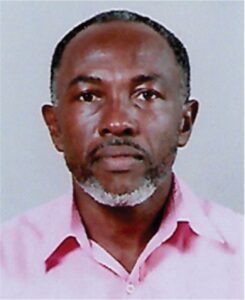 Most people in the village were proud farmers, fisherfolks and boat builders. Nonetheless, transportation was limited because of the difficult terrain. Most villagers could not drive to their property that had to be farmed or had animals.

Growing up children always played different games as a past-time and respect were of the utmost importance. The story concludes by highlighting some of the cultural practices that can be passed on throughout the years.

What was it like growing up with older people in my village?

I grew up in the heart of Sea Cow’s Bay here on Tortola and I will name some of the cultural practices that I can recall from a young age that was passed on from the previous generation.

Most people in the village were farmers. They also reared cows and pigs which were the most popular farm animals at the time. These farmers also had goats, donkeys, mules and horses. Some villagers burned charcoal and ‘worked’ different ‘grounds’ where they harvested sugar cane, potatoes, bananas, cassavas and mangoes. This was the way of life in Sea Cow’s Bay, and this was how people supported their immediate and extended family.

As a young boy, I had to help my parents in whatever way they needed. This meant getting up early in the morning to milk cows for a fresh pail of milk for breakfast and taking the cows out to the pasture for grazing was the norm. After that, the pigs had to be fed. During mango and soursop season, my siblings and I had to go and collect one or both of my parents’ choice and feed the pigs and hogs.

The goats also had to be carried to the pasture or tied along the roadside for them to get grass. When there was no grass for them in the summer months, we had to cut grass and bring it to the goats to feed.

When the “drums” or buckets were empty or low on water, we would have to go by the public well, draw water and take it home for cooking, taking a bath, and cleaning. At the end of it all, I still had to get ready to be in the schoolyard before the first bell rang. It was a good thing that I attended the school in the village that was within walking distance.

After school, my brother and I, and on some occasions my sister had to tackle some of the morning activities again. We had to ‘stake’ the cows and goats and when the cows were not staked, we had to put a pad on the donkey or mule and ride up the hill and ‘water’ the cows by taking them down or up to the gut to drink water.

The BVI was heavily reliant on fishing and in Sea Cow’s Bay there were a lot of fisherfolks and boat builders. The fisherfolks normally sat under trees in their yards or by the shore to make their ‘fish pots’. A fish pot is normally made by plaiting ropes measured by ‘arm’s length’ together. Most fisherfolks made fish pots using a specific type of whist grown in the wild.

Meanwhile, their boats were usually made from wood and built near the shoreline for easy launching.

During the week, the fisherfolks looked for bait for their fish pots. The main fishing day was Saturday, and the boats were prepped days before sailing. In some instances, the boats are loaded with the necessary items such as bait, oars, and a ‘graplin’ for the journey. I can recall vividly the fishermen discussing the various fishing grounds and the best way to set the pots on the bank to prevent them from drowning.

My parents always timed the fisherfolks and once they suspect they would return from sea soon, I was sent to the bayside to collect or purchase a string of fishes from particular fisherfolks. On my return, I would help my parents clean the fish and, on that day, we would have fresh fish to eat. Somedays it was fried fish or fish soup. It all depended on the type of fish the fisherfolks catch.

My father, like most men in the village, was a fisherman. On different occasions, he took me on his escapades to pull fish pots. It is best practice for fisherfolks to have someone accompany them while at sea. This was done to assist in pulling the fish pots and for safety if anything went wrong.

Growing up, we had motor vehicles and motorbikes; however, they were limited because of the hilly Virgin Islands terrain. Therefore, the most popular mode of transportation in my village was donkeys, mules and horses. Most farmers made a ‘banana-shag pad’ on their donkeys or mules that they used to get to their property in the mountain. The same would apply if a farmer was going to tend his animals.

The animals were also used to transport the produce from the mountain to the marketplace or home. Seeing the animals were integral to farming, they also carried items up the mountain such as water, fencing wire, plant slips, pudding pans of food like fish, dumplings, okra fungi, and ground provisions to feed the workmen.

If you were not privileged to own a vehicle, it meant the same animals that were used to access the mountains were your transportation to different villages. In some instances, bicycles were used while others took advantage of walking.

There were some norms and values I dared not forget. It was uncommon for me to walk through a village and not acknowledge every elder I met. If I forgot, they would quickly ascertain my parents’ name and that would lead to an onset of a tongue lashing and the dreaded message being sent back to the parents of my lack of respect.

There were some people in the village you would not call by their first names. You had to address them as Miss or Mister. Additionally, foul language (curse words) was forbidden in open public [or in the earshot of adults]. It was a cardinal sin to answer back to your parents when they talked to you, whether they were right, or you believed they were wrong. Finally, it was customary to say ‘thank you’ when given something by someone as a form of appreciation.

Playing games was one of my favourite pastimes. I looked forward to it after doing my assigned tasks. Some of the games we played were marbles, skipping rope while singing songs like Fish-in-the-Market and Hot Pepper, spinning tops, playing jacks, diving for mangoes in the seawater, bicycle rim races and tire races just to name a few.

Building rollers and buggies out of pieces of board, biscuit pan covers and wooden wheels as well as building ‘killy ban’ to catch ground doves were also popular fun activities.

What have we retained?

Based on the information presented, some of the practices have been passed on to some of the children and family members. We still raise goats and donkeys. The donkeys may be used sometimes for entertainment purposes based on the time of the year.

There is the cultivation of bananas, other fruit trees and small perishable produce.

There are a few fishermen who continue to make fish pots. They pull their fish pots on Saturdays. In addition, there is still a practice of saying good morning, good afternoon, and good night among the more mature adult villagers.

It is worth pointing out that many of the cultural activities and practices are brought to the forefront during the observation of Cultural Month in the territory.

To revive some of our cultural practices, we need to infuse them vigorously from an early age. This can be done by having monthly cultural activities in different villages, schools, and radio stations. Based on the nature of the activity, it can be done quarterly.  Even as we embrace our regular cultural activities, it is important that agricultural science start in the primary schools and progress into High School, so that every child would have basic agricultural skills.  Also Art and Craft sessions should include fish pot making, straw hat making etc.  Our markets should be alive with local craft and so should Craft Alive.