Food Fete comes to a close on high note

The third annual BVI Food Fete came to an end on Wednesday 14th December 2016 with a Christmas flair at the Sir Olva Georges Plaza, Crafts Alive, and Noel Lloyds Action Movement Park.
It was a culmination of the BVI Food Fete which was a month long celebration in November with first ever Jost Pork Festival on Jost Van Dyke, and other events like the Taste of Virgin Gorda on Virgin Gorda, Anegada had its Lobster Festival and other culinary events.
The Taste of Tortola was also slated to be held during the month of November but was pushed to December, however, according to Mr. Keith Dawson, the Marketing Manager at the BVI Tourist Board, the events were successfully staged and executed.
The both parks were transformed into a food affair as patrons flooded the stalls of food, arts, and craft, pastry, plants to name a few to sample what Tortola had to offer.
Apart from the food, musical entertainment by the Razor Blades and steel pans lifted spirits and spread the Christmas cheer.
Crafts Alive was buzzing with their own entertainment and sales, capturing the traffic from the two cruise ships that were in port along with the local patronage. 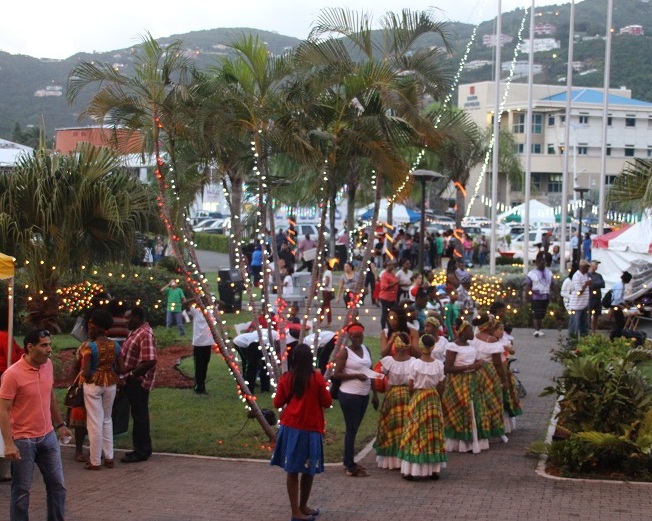