Flowers for a stilt walking pioneer

He has been wowing the entire Virgin Islands community for over 25 years in his craft, and on the 2nd of August 2016, Andrew “Charlie” Turnbull was given the high honor of having the East End/Long Look emancipation celebration grounds, named after him.

A cultural stalwart, and a well- known stilt walking giant, Turnbull founded the Elite Sky Dancers -moko jumbies troupe in 1990. At that time, over 25 years ago he began with a cast of five stilt walkers and these five are still advisers to the group today. After that year, membership ballooned from five to 52 the next August Monday parade and has been climbing ever since!

Originally from the village of Long Look, the stilt walking pioneer has seized every opportunity to attend workshops in the region to sharpen his skills on a regular basis. Because of him, there are several stilt walking troupes all over the island and is said to be very passionate about the art and derives great enthusiasm and pride from the enjoyment of the youngsters that he leads.

Turnbull has represented the territory as far as England, Germany, Switzerland, Guyana, Trinidad and the other neighboring islands. It is one of his greatest desires to see the art of stilt walking be taught within the schools, which he reasoned, will provide a platform for the younger ones to represent the territory on a wider stage.

In giving his acceptance speech, Turnbull said while the honour caught him off guard, “it is gladly appreciated. It’s more than an honour being honoured.”

He received a plaque as well as the opportunity to assist in the ribbon cutting of the Andrew “Charlie” Turnbull Festiville.

Previous Article
Devon Joseph – An infectious passion for growing organic
Next Article
The Dessert King of the Islands, honoured! 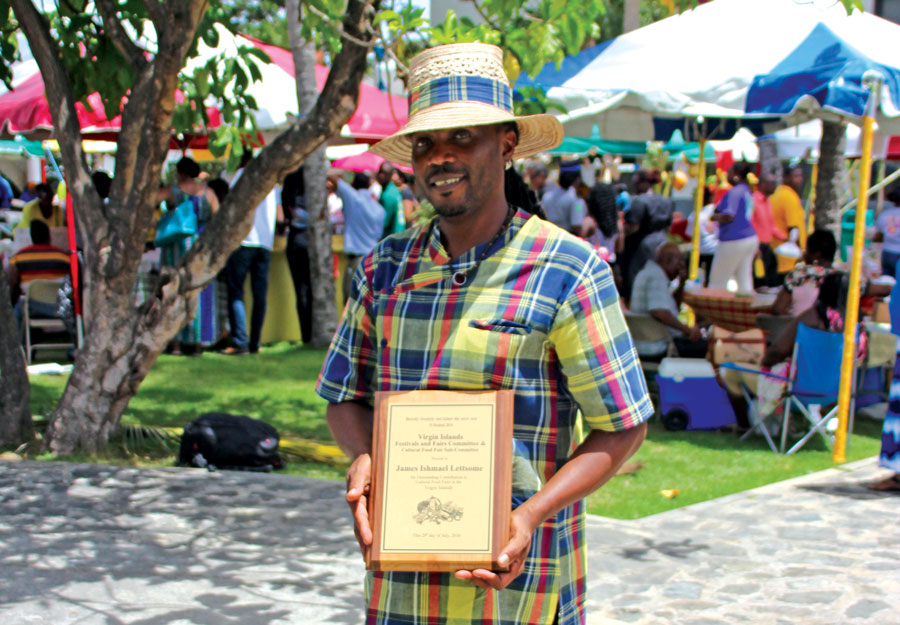