Fire and safety at the front 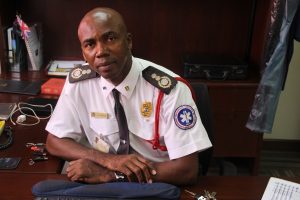 For one week, the general public will get a chance to be up close and personal with the Virgin Islands Fire and Rescue Service as it relates to fire safety awareness.

Chief Fire Officer Zebalon A. McLean said the Fire Safety Week was conceptualized 20, out of the 30 years that the Virgin Islands Fire and Rescue Service has been in existence, and was designed to bring attention to Fire Safety Awareness.

“This is something that we do every day, we do lectures, we try to do public information throughout the territory and what was needed was a week to bring immediate focus and over a short period of time intense attention to fire safety principles,” he explained.

During the course of the week, members of the public are encouraged to interact with fire officers as they sharing as much information as possible while at the same time, highlighting some of what the Service does.

“Because firefighting is a community effort,” he said.

The week began on Sunday 2nd October with a church service at the Sea Cow’s Bay Methodist Church, which was followed by a fire safety motorcade. The motorcade started from Sea Cow’s Bay to Baugher’s Bay, back to the Huntums Ghut and Lower Estate communities, ending at the Fire and Rescue headquarters in Road Town.

From Monday 3rd to Friday 7th, the Fire Headquarters will be open to the public.

During the week, teams of officers went to the Jost Van Dyke Primary School, then at the Joyce Samuels and the Ivan Dawson Primary in Tortola, followed by the Bregado Flax Educational Center in Virgin Gorda and finally to the island of Anegada to conduct educational sessions with students, made donations of a laminating machine and fire extinguishers and as well conducted clean-up campaigns there.

On the evening was a domino competition held at the Fire and Rescue service building, with the BVI Ports Authority sweeping the win.

On Tuesday, 4th was a pool tournament, which was won by Cuthbert Robinson a Fire Officer, followed by a basketball match at the Bellevue Basketball court on Thursday.

Saturday 8th –Walkathon from 5:30 am from the fire headquarters to the New Life Baptist Church and back to base, followed by a light breakfast. A children’s fun day will take place later in the morning with bouncy castles, snow cone makers and the like, at the back of the Fire and Rescue Service base.

Sunday 9th Massive beach picnic at Long Bay beach on Beef Island, from 12:30 pm will end the week of activities.

The week was held under the theme: Celebrating Fire Safety Awareness Week 2016 While Educating the Public on Potential Fire Hazards Not Seen.

Previous Article
The Mighty Scatliffe is now a Digicel!
Next Article
Giving The Bahamas a hand up! 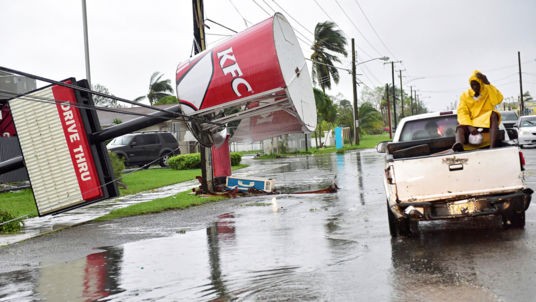