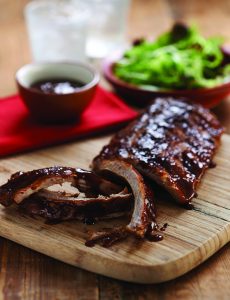 Backyard and Beach BBQs make for a perfect excuse to get your family and friends together for a good time. But first a little history.

Let’s first get one thing straight: merely throwing meat on a grill is not barbecue — at least not in the traditional sense. While many believe that anything covered in KC Masterpiece counts as barbecue, the real thing is cooked over indirect heat — usually a wood fire — for a really long time (sometimes for as many as 18 hours). The resulting flavor is a combination of smoke, meat juices, fat and whatever spices or rub have been added.

No one is really sure where the term barbecue originated. The conventional wisdom is that the Spanish, upon landing in the Caribbean, used the word barbacoa to refer to the natives’ method of slow-cooking meat over a wooden platform. By the 19th century, the culinary technique was well established in the American South, and because pigs were prevalent in the region, pork became the primary meat at barbecues. Cornbread emerged as the side dish of choice, owing largely to the fact that in humid Southern climates, corn grew better than wheat (which was prone to fungal infections). Barbecue allowed an abundance of food to be cooked at once and quickly became the go-to menu item for large gatherings like church festivals and neighborhood picnics. Other countries barbecue in their own style. Korean barbecue features thin slices of beef or pork cooked and served with rice. Argentina has asado, or marinade-free meat cooked in a smokeless pit. And of course, there’s Mongolian barbecue, which is neither barbecue nor of Mongolian origin but rather a type of stir-fry recently invented in Taiwan. But true barbecue is still distinctly American.

In 1948, H.J. Heinz introduced the first nationally distributed barbecue sauce, but long before then many cooks bottled and sold their sauces locally. In the 1960 Walter Koziol’s Modern Home Products produced the first consumer gas grill in Antioch, IL, the Charmglow Perfect Host. During the 1970s, Char-Broil became the first brand to put a liquid propane tank and a grill in one box. Gas grills soon became more popular than charcoal because they are easier to start and require less cleanup. Meanwhile, hungry Texas oil rig welders began building heavy duty steel cookers from oil barrels, huge pipes, and large propane tanks creating tubular “pits” that could be mounted on boat trailers and towed from job site to job site. Some were fitted with boxes on the side to hold logs and allow the cook to smoke meats with indirect heat, low and slow. Nowadays they have gotten complex and expensive.

Ok, enough of history let’s talk Cooking. It may sound basic but there are two crucial things your burner needs if you want to make great barbecue food. The first thing is, it has to be a charcoal one. There’s nothing wrong with gas barbecues, but you won’t get any extra smoky flavor (however you can add wood chips or charcoal to your gas grill to get the same effect that’s what I do). You might as well be cooking in the oven, flavor-wise! The second thing you need is a lid. It locks in flavor, keeps the temperature constant and can be used as an extra technique. Without one you can’t do beer can chicken, or melt cheese on burgers, or smoke ribs.

Barbecuing takes patience and concentration, in that order. You need to wait for the flames to die down, flame-grilled is a very misleading term! You want the coals white hot – by which I mean gray and glowing. That’s the hottest and evenest heat.

Now for the best part the food! You can almost grill anything meats, poultry, fish, vegetables, bread and yes even fruit that’s what makes BBQing so much fun! Basically, everything and anything you can imagine can be cooked on the grates of a grill — often times with amazing results. Salads are tastier when grilled first. Steaks, lamb chops and fish make so much more sense on the grill. Even desserts get a little more interesting when charred. It’s all up to you and your culinary imagination. You can find many recipes online nowadays to help get those creative juices flowing… excuse the pun.

Here’s one for you rib lovers I use to do when I worked in Rhode Island, it also works well with chicken.

For the sauce:
In a medium saucepan, over medium heat, add oil. Once heated, add the onion and garlic and sauté until tender. Add all the remaining sauce ingredients and bring to a boil. Reduce heat to a simmer and cook uncovered, stirring frequently, for 1 hour 15 minutes.

For the dry rub:
Whisk all dry ingredients together in a small bowl. This can be stored up to 6 months in an airtight container.

For the ribs:
Rinse and dry ribs. Place on a clean cutting board, pull off the membrane and trim the ribs of excess fat. Liberally season both sides of the ribs with rub. Wrap ribs with plastic wrap and refrigerate 4 to 12 hours so flavors can permeate. (You may also par-cook your ribs by slowly boiling them till tender to speed up the process)

Preheat grill to 250 degrees F. using hickory and charcoal. Set up your grill for indirect heat.

Place ribs, meatier side down, on the grill away from the coals. Close grill cover. Cook the pork ribs for 1 hour 15 minutes; flipping several times for even cook. Coat ribs with Sweet Cola Barbecue Sauce and cook for another 20 minutes.

Previous Article
Always on the go
Next Article
Can you keep a secret? Cielo Villa 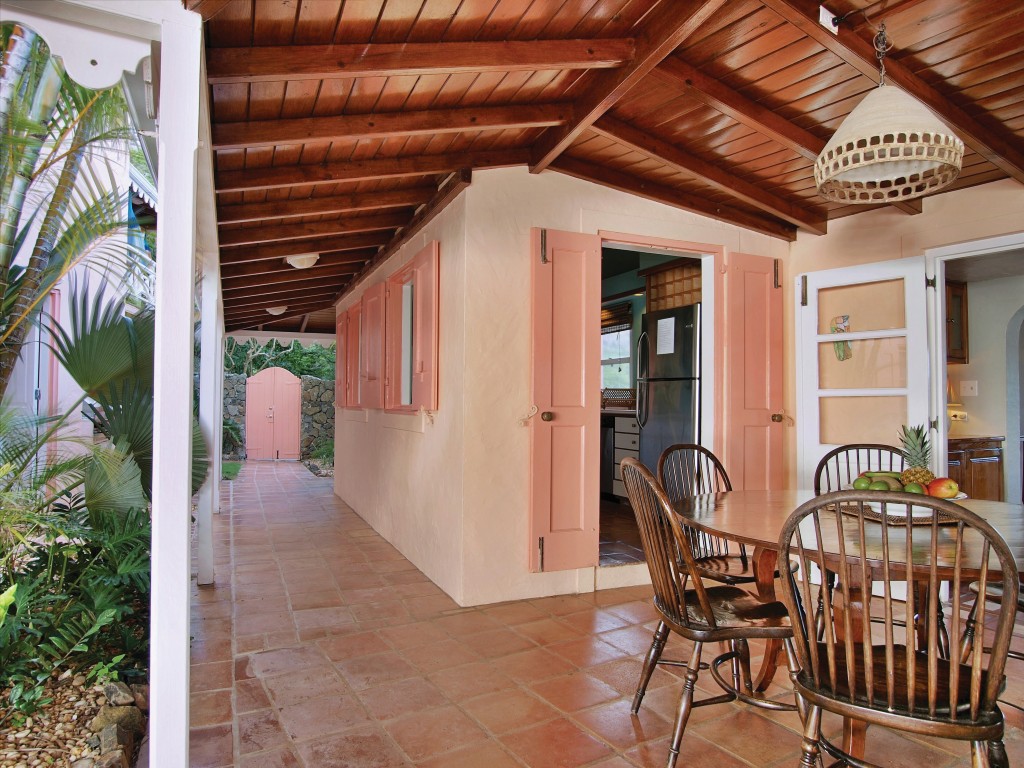