BVIslander’s Research May Lead to Early Detection of Dementia 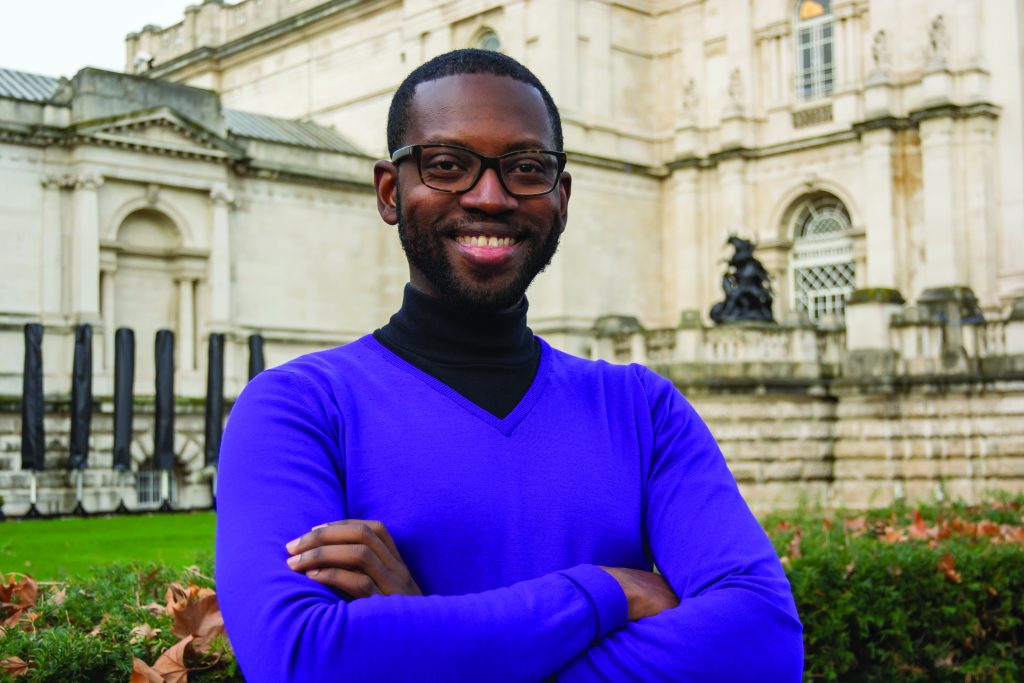 By Angela U Burns

It’s interesting and humbling how 32-year old Dexter Penn, Neurologist in training at the University College London, describes himself.

“I’m just a boy from East End, Tortola,” he says, bursting with pride about his familial upbringing and the community in which he was raised.

With a mother who was a Chief Social Development Officer for many years (Mrs. Edith Penn), he was inspired as he saw her on the job helping others.

He also recalls with pride his academic beginnings in the public school system, starting at the Willard Wheatley Primary School and continuing on to the then BVI High School, now Elmore Stoutt High School.

He graduated in 2003 from 5 Science, but not before he made his mark as an alto saxophonist and became known as a community-minded youth who was active in outreach projects with the East End Methodist Youth Fellowship, Interact Club and Eslyn Henley Richiez School.

Peebles Hospital was just being “proposed” around his time in high school and he remembers a team visiting to encourage students to think about studying the health profession. By that time, his brother Mitchel was nearly at the end of his training in the medical field and this further encouraged Dexter to go for it.

The combination of these factors and activities influenced him to want “to do something useful to help other persons.

He said, “I was interested in understanding how things work, how the body worked and how you might be able to provide treatment for different conditions and challenges with high blood pressure, diabetes, and stroke. I thought there had to be something you can do about it and the only way was through medicine.”

After Dexter graduated BVIHS with a full scholarship, he went to the H. Lavity Stoutt Community College where he got a better understanding of the sciences. It was then on to the University of the West Indies in Trinidad and Tobago where he was accepted in the pre-health professionals programme, a fast track entry into medicine.

In 2005, he entered the full medical programme at St. Augustine, UWI and did his clinicals at the Queen Elizabeth Hospital in Barbados.

In 2012, he came back home to work at Peebles Hospital and during the year, decided to go to the United Kingdom to pursue a specialty. He had by then, also done his conversion exams.

Residing in the UK in 2013, Dr. Dexter Penn worked at Kings College in London before moving to the University College London Hospital. In 2016, he completed his Membership in the Royal College of Physicians (MCRP), which he did while working and training.

Diligently pursuing continuing education, he completed a Masters in Research Methods at the University College London in 2018. Prior to that, he took on a clinical research fellowship in dementia at UCL.

“So I worked on Alzheimer’s clinical trials, assessing the different approaches to treating the disease,” Dr. Penn revealed. “I also worked in the specialist clinic where we are the top neuroscience centre in Europe, the national hospital for neurology and neurosurgery and a place steeped in a lot of history and we focused on diseases of the nervous system.”

Dr. Penn revealed that he is doing research now but will move on to do higher specialist training in neurology.

In the meantime and because of an experience relayed by someone related to one of his clients suffering from dementia, he created this innovative new web application, Kalgera, which provides industry-leading financial safeguards, helping to protect the finances of vulnerable adults, including the elderly, who are at risk of online fraud and scamming.

“This app analyses people’s bank account transactions to see whether their accounts are being affected by scams, we alert the individual or a trusted family member or friend and if there is a vulnerability, we recommend or take proactive actions to keep their money and them safe,” Dr. Penn explained.

This concept has won many awards, including Global Top 20 Ageing Startups, Top 3 Finalist in Fintech for All 2017 and the George Farha New Venture Award 2017.

The Kalgera team even got to go to 10 Downing Street to contribute to public policy work there.

Dr. Dexter J.A. Penn MBBS MSc MRCP is quite busy with his research papers soon to be published.

He said, “I really enjoy doing research. I want to understand a few more things about how people actually get dementia. Some of the things we are doing include exploring how we may be able to find a way to detect dementia at an earlier stage and whether someone should go to see a doctor about their memory.”

Dementia is the blanket term for a spectrum of various conditions affecting one’s memory, thinking and behaviour. Alzheimer’s is the most common type of dementia and with Alzheimer’s, it is important to note that everyone is affected in a different way.

According to Dr. Penn, “on the clinical side, we are getting closer to having treatment for Alzheimer’s; looking at different types of behaviour might let us provide certain types of treatment before persons start having major symptoms.”

Interestingly, he said they have also found out recently that one’s health in their 40’s determines to some extent what their health would be like as they get older.

He pointed out that diabetes and blood pressure are in fact strongly linked to developing dementia.

“So I want people to understand it’s not something that happens all of sudden, but earlier and if people can maintain a healthy weight and make sure you do all the things you know you need to do, you might be able to avoid this illness,” the neurologist in training said.

As it relates specifically to the Virgin Islands, he said he foresees a lot more people living with dementia if preventative measures are not taken.

He made reference to persons who are overweight at 45 now have raised blood pressure levels yet fail to visit the doctor until their 60s. He suggested that they may already have damaged their brain.

“We need to get people to recognize it’s not just about taking tablets; you are damaging your brain,” Penn reinforced.

He admits that there is a lot of stigma attached to dementia, but insists that people just need to understand it and know that there are ways to support people having difficulty with their memory and thinking.

“You need to start having the conversation as a family together to tell that person they don’t have to hide their symptoms, but they will be supported,” Dr. Penn advised.

For his part, the ultimate aim with all of this research is that as a life learner he wants to be able to be useful in this field, raise awareness about these health issues, try to ease some of the stigma, share with others what he learns and try to make things a little better in the world.

More information about Dr. Penn and the Kalgera app can be found at Kalgera.com and on social media KalgeraUK.