A Smile Is the Best Thing You Can Wear 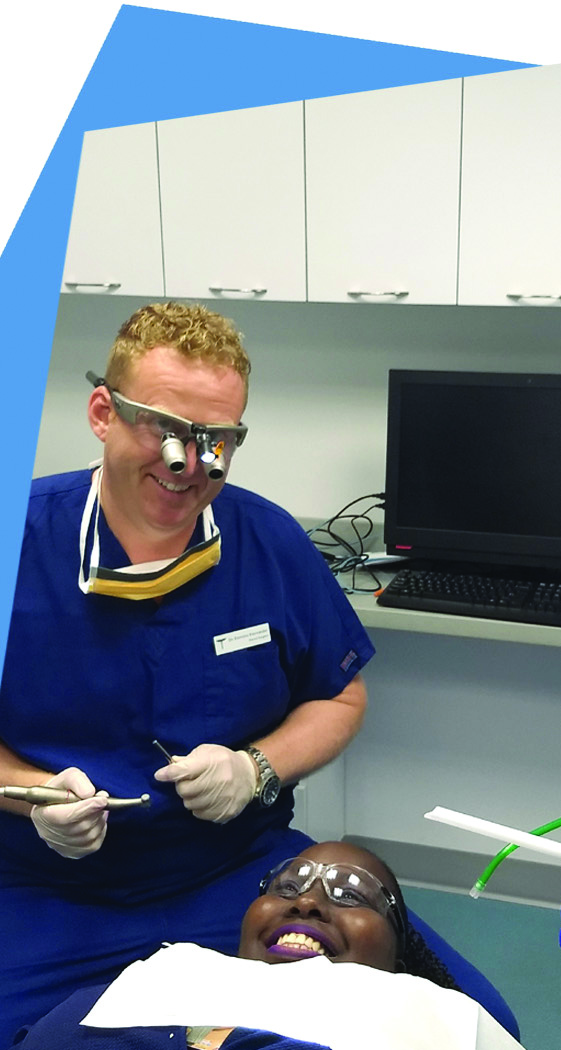 We know that a smile is the best thing you can wear, and so in answer to the call from our patients, Eureka Medical Clinic officially opened a dental arm with the aim of continuing to provide the best possible care under one roof.  It was this desire that led to Dr. Dominic Kiernander joining the team of highly qualified providers at this august facility in September 2019 as our Dental Practitioner.

Dr. Kiernander, who is from the United Kingdom, completed his initial studies in Dentistry at the University Of Wales College Of Medicine Dental School BDS (Wales) in 1999.  In May of 2004, he acquired Membership of the Faculty of Dental Surgery from the Royal College of Surgeons in England.  With a desire to further his academics, six years later in 2010, he received a Diploma in Restorative Dentistry from the said institution and in 2011 received with distinction a Master of Science Degree in Clinical Dentistry (Restorative Dentistry).

Dr. Kiernander brings to Eureka Medical (Dental) years of experience having worked in the United Kingdom, Australia and Uganda and did an Undergraduate Research Project on Fluorosis in the Ethiopian Rift Valley.  He was the British Dental Association (BDA) Student representative UWCM 1997-1998, Secretary of the BDA for Cornwall and Isles of Scilly from 2008 to present and has represented Devon and Cornwall Dentists nationally on the General Dental Practice Committee of the BDA from 2015 until his move to the BVI.

He is very dedicated to his craft and desires only to provide service of the highest standard.  He will provide general dentistry services including wisdom tooth extraction, crowns, and replacement teeth including dental implants which he has been doing since 2004.

Dr. Kiernander loves the water and does a little sailing. He also enjoys good food and walking his dog with his family.

We wholeheartedly welcome Dr. Dominic Kiernander to the Eureka Family and the British Virgin Islands as we continue to promote, Quality Service…Trusted Name.