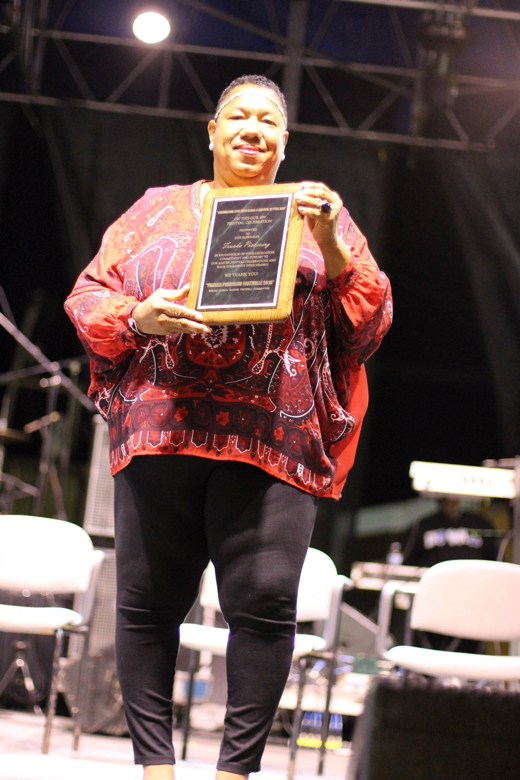 “The Gem” of the Virgin Islands-Virgin Gorda, as it is so often referred to, has celebrated its 49th Annual Easter Festival March 26 – 28, 2016 under the theme “Celebrating 2016 with Class, a Festival of Pure Mass”.

As customary, one individual is honored, and, this time, the enthusiastic community activist, Franka Pickering was chosen. “It is a special feeling but like everything else I don’t let anything get to my head. I am humbled, I do things without looking back for anything in return, but it is indeed a great honor because at least I have done something good in life,” a clearly ecstatic Pickering told VI Life&Style Magazine moments after being honored at the opening of the Franka Pickering Festiville, in The Valley, Virgin Gorda.

According to her, being honored means a lot and it is her hope that her family as well as the entire community takes a page from her book and contribute to their communities. “My hope is that as we celebrate Franka, and name this village in her honor, that it serves as an inspiration and a constant reminder to subsequent generations… we all pitch in and do our part in making this country great,” stated Minister for Education and Culture, Hon. Myron Walwyn who also delivered remarks and officially declared the 2016 Easter Festival open.

He pointed out that this year’s honoree is deserving of being honored. “She shows commitment and passion to festivals,” he continued, saying that “her involvement in festivals is but one aspect of her service to this community.”

Pickering has been involved in festivals both in Tortola and Virgin Gorda since 1975 when she became a founding member of the BVI Festival’s Committee 1975 Ltd. She has been part of several groups and organizations including the BVI Chambers of Commerce, the Virgin Gorda Garden Club, the Diabetes Association and the BVI Football Association among others.

Born on the island of Tortola, the largest of the Virgin Islands, Pickering now resides in Virgin Gorda, where she is an entrepreneur. She has over the years copped several awards for her involvement with the schools, churches, private and public sectors.

Commendation was extended by Minister Walwyn to Virgin Gorda, also, who was proud to celebrate the 49 Years of the Festival. “Virgin Gorda proudly celebrates 49 years of Easter Festival. That is 49 years in celebrating the rich history of our island; 49 years in demonstrating the hospitality of residents of this sister island and 49 years of history coming together,” he stated, adding that it was forty-nine years of returning thanks unto God for his blessings.