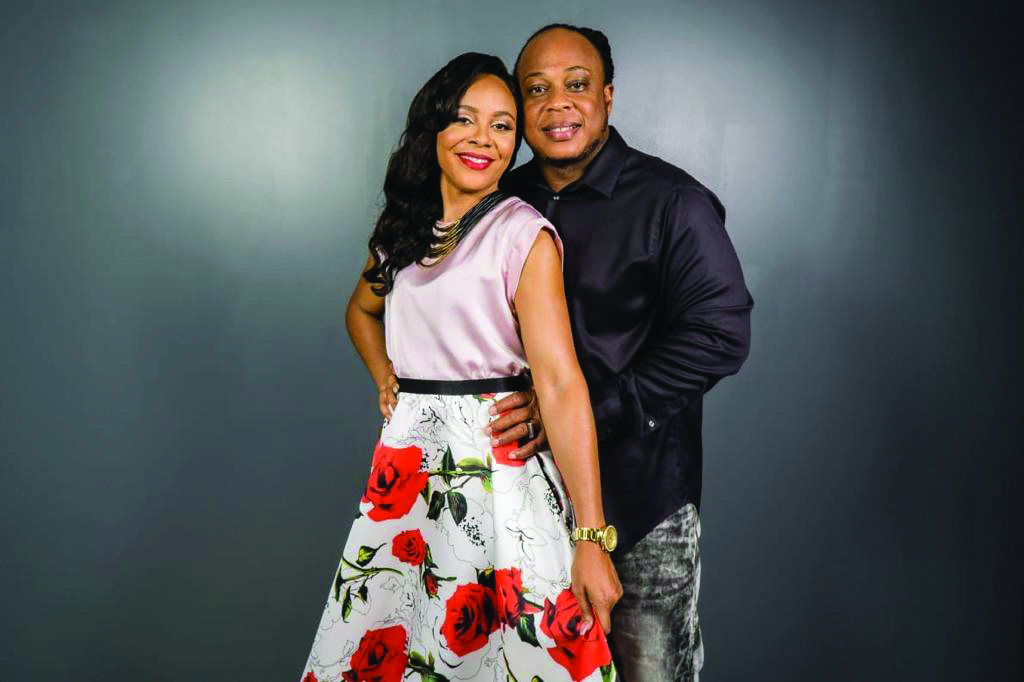 A husband and wife who was tasked by God to proclaim His word in efforts to win the lost by any means necessary. Here’s a Life & Style inside scoop on this Kingdom pushing duo.

Shiloh – Before I was a Christian I would go hard to entertain my audience with a combination music and stage performance, in other words, I would go hard for the cause. When I became a Christian, God told me that the same emphasis I would have taken to entertain is the same energy and more He wanted me to spread His word. He literally gave me the name, “The God Movement”.

Shiloh – Shiloh is actually a nickname I gave myself a long time ago, simply because of its meaning (peace) and it stuck. So, I went on to use it as my artist name.

Shedien – Shedien was given to me by a co-worker in Anguilla while working at Kú Hotel in Shoal Bay. Historically it can be traced back to my ancestors in Britain and Ireland.

We know we are always in a constant battle with our enemy (the devil) and we embrace it because we want no friendship with him. We use our ministry to discredit and destroy everything he stands for and proclaim who we represent, which is Jesus Christ our Reigning King.

Shiloh – Simple, God thought it was time for me to change my life so He allowed situations to happen where He could have shown up and proven Himself to me.

Shedien – My music back home in St. Maarten wasn’t considered secular. Growing up in a Christian home and my dad being a Pastor, I remember writing one song that wasn’t really…. uhm decent, but, that was what the listeners gravitated too and was Number 1 on Laser 101 radio stations for weeks with DJ Outkast. My dad was so embarrassed at the time. Trust me, I have the scars to remind me to never write any songs like that again. So, I started listening to Bebe & Cece Winans and I changed my writing styles and wrote my songs like them because their songs represented God and love.

It is way different because in the secular industry you are being influenced by Satan and in the Gospel ministry, you’re God influenced. We are always eager to minister simply because someone’s soul is waiting for our ministry.

Shiloh – It is very easy for us because we have a strong support team and besides, our children are our biggest fans. You see when God is in the midst of everything, He aligns everything for you to fulfill His assignments.

Shedien – Yep what he said lol.

Shiloh – It was very exciting but yet a humbling experience for us. The love we got from our hometowns especially was tremendous. This encouraged us to keep going hard for God because God allowed us to be honoured for our work we did for Him. We received so many congratulatory remarks from almost everyone, including our Premier and Deputy Premier. We say a heartfelt thank you to everyone for their support. This also encouraged us to live the life we profess.

Shedien – Well, this was not the first award for me. Back home in St. Maarten, I grew more in my music and was recognized with two awards for the St. Maarten Awards in 2006 and in 2007 for Best Soul/Gospel Artist of the Year. But the ABGMA experience and win was overwhelming and humbling. I’m also grateful for the support.

Shedien – God gave me this vision June of 2018 when we were planning for our first album. At the time, I received the vision but I, of course, questioned God about it because I do not have the slightest idea of putting on anything like this. But seeing He is God, He always does what he wants and gave me all the information which was just the basic stuff that I wrote down. Good Friday came up and I told my husband about the vision and the Good Friday date and he said, “that’s an awesome idea.” I looked at him confused and asked him how we were supposed to pull this off and we had no money. He simply told me, “well if God really give it to you, He will provide.” Long story short, God gave us everything we needed for this event.

This event has grown to be bigger than I had envisioned it to be. This first one has now gone global that other Caribbean islands are not only calling us or messaging us about coming to the BVI for this event but are requesting that we bring this event to their island.  This is no one else BUT GOD. It was His idea and His vision. I only saw something small but I have now learned that when it comes to God, He is a BIG GOD so we should expect whatever He gives us to be BIG. We would not have done any of this without Him, and I give Him all the Glory because we Celebrate a Living Savior.

The 2nd Annual Jesus Party Boat Ride is in Full effect already and is scheduled for April 10th, 2020.