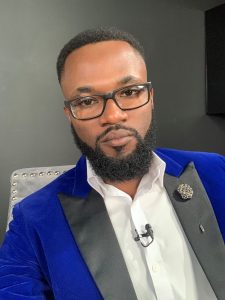 Although we didn’t get into this, I don’t feel that Ronn Grant became a gentleman overnight. I’m sure there were events that led to him becoming the positive beacon he is in the Virgin Islands community, and while we didn’t discuss this, I think it’s simply who he’s always been. Being the youngest of his siblings, one can deduce he learned it from his father, grandfather, older brother, and other males in his immediate surroundings.

When Ronn was in college in Northern California, he started a blog to document his experiences with racial profiling. He also began testing his experiences to validate what he believed was happening. For example, on days when he had presentations, he would wear a suit and tie to campus. On other days, he would bum it out in a t-shirt (a ‘wife beater’ to be exact), basketball shorts, and slippers. Ronn noticed that he was treated well by those he encountered when he dressed in the suit and tie. When he dressed in his other outfits, the meetings with his peers could be very adverse.

Ronn recalled an experience that changed his mind forever. “One personal experience I had was while waiting outside of a hotel in San Francisco after a fraternity meeting. The wonderful thing about the Kappa Sigma Fraternity, I might add, is that it’s pretty much a gentleman’s club. We strive to ensure that we have what’s necessary for the 21st century to stay on top, and part of that is wearing a suit and tie to meetings.

While standing in front of the hotel, two women who sounded like they were from Europe turned around and stared at me. As they walked by, I heard one say, ‘Oh my God! He must be an African diplomat.’ I just knew they weren’t talking about me, but there they were, staring at me. That’s when the lightbulb went off. This showed me the significance of self-presentation to the world.”

Understanding that the world is very competitive, Ronn wants young men (and older ones too) to know that they are at an advantage or disadvantage by the way they present themselves to the world, not only by the clothes they wear but by their articulation and connected with all they come in contact with. Knowing this propelled Ronn in the ‘gentleman’s lifestyle.

Ronn is the proud father of one recently born son whom he and his wife love dearly. “I see a lot of me in him already. It’s funny that we have a son because a lot of what I do on a daily basis is directed at empowering young men to ensure they have the tools they need to succeed, locally and internationally. Many young men are often at a disadvantage because there are things they just don’t know because no one ever took the time to teach, mold, and guide them. Some don’t know what it takes to get to the next level. That’s what I spend most of my days doing outside of being a reporter,” Ronn shared. 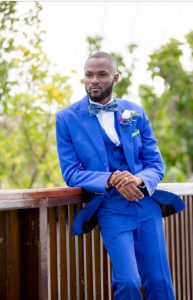 To help remain on top of things, Ronn spends some time just observing or spending time with people. To help him become who he inspires others to be, he has honed his gentleman-like ways through public speaking, hours in class, and even taught in a local high school for three years. Ronn said that he and his wife own and operate an academic learning centre, and on Saturdays, they have a programme geared towards young men where many ‘gentleman-like skills are taught. The sessions with these young men are one-on-one sessions, and Ronn has vested himself into providing young men the tools they need for self-presentation, to speak with confidence and to be understood, as well as learning how to command a room with their presence. This program is for young men from age seven to college.

One other project Ronn has is a show called The Art of a Distinguished Gentleman, which is poised to guide modern-day men into 21st century distinguished gentlemen. Ronn said the show is “…not always about suits and bowties. I seek to bring real-life lessons to the forefront that translate to grounded, community-minded, well-rounded men. It’s geared at making sure that shared experiences can help others and be a positive example. There are numerous topics that we discuss. Nothing that encompasses a 21st-century gentleman is off-limits. We also ensure that we highlight Virgin Islands men and their accomplishments.” Ronn shared that after he moved back home, he wanted to ensure that other young males in the Virgin Islands could be prepared. It’s how he came up with the show, The Art of a Distinguished Gentleman.

You can catch episodes of The Art of a Distinguished Gentleman on www.284media.com and Facebook (@284Media). Ronn can also be seen doing interviews and reporting the daily news on 284 Media. To reach Brilliant Hands and Minds Learning Center or for more information, you can call (284) 442-3132 or visit them in the HR Penn Building in MacNamara.