[blockquote style=”1″]Yes, I have seen a difference. Now, we are able to focus on everybody. Having it become a homeless shelter has more benefits than it being just a drug rehab. So that’s a plus,” Director of Safe Haven Transitional Center Jacqueline Donovan told VI Life and Style magazine in an interview.[/blockquote] 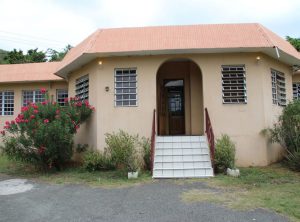 Tucked in a quiet cull de sac (dead-end) street in Pasea Estate, a place that once rehabilitated persons suffering from substance abuse has been transformed into a Safe Haven that now focuses on preventing homelessness and rehabilitating homeless individuals back into society. Formerly known as Sandy Lane, Safe Haven came on stream on January 2nd, 2015 and the woman at the helm of that institution, Jacqueline Donovan sees the move, as a positive.

“Yes, I have seen a difference. Now, we are able to focus on everybody. Having it become a homeless shelter has more benefits than it being just a drug rehab. So that’s a plus,” Director of Safe Haven Transitional Center Jacqueline Donovan told VI Life and Style magazine in an interview. Donovan mentioned that contrary to popular belief, persons without homes are a big problem in the Virgin Islands. “We do know that homelessness is becoming a major problem in the BVI,” she stated.

Presently there is a population of nine (9) however, the center has a holding capacity is 16. Homelessness hinges from several factors; mental illness, substance abuse, and a traumatic event among others, she pointed out, noting that the two-year program is aimed at dealing with individuals who they can transition back into society, within that time frame. “So it is not that they are living here long term,” she remarked, however, noted that there are a few persons who were brought in from Sandy Lane who for one reason or the other is unable to get back into society and since the BVI does not have a facility that would be able to house them, they are at the center until a permanent facility is established. Individuals in that category are taught personal hygiene and the others who are able to after some time return to the community, staff at the center work with them on their goals during individual and group counseling.

Some of the programs at the center include- life skills, anger and stress management, building healthy relationships, holistic development, family involvement and employment readiness.

Donovan used the opportunity to call on the general public to work hand in hand with the center in achieving its objectives. 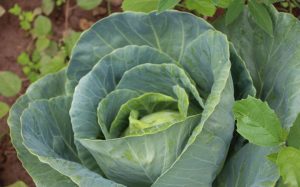 One of the vegetables produced for the market at Safe Haven.

“We want the community to play a major part in what we are doing here,” she said. “Some people believe that it is the government responsibility to take care of everything but as a community, we have to do it together as we are going to fall short in certain areas because the government has a lot to deal with. So we are asking the community to partner with us, call us, come by the center, even if is in some form of donation,” the Director said, adding that that they could also purchase vegetables that residents at the center grow from the center’s very own backyard gardens at local supermarkets. She is also particularly asking the community to assist them by making sure that when the residents move back into society and are employed that they are not frowned upon or not given the opportunity to prove themselves. So far they have been successful in securing jobs for five residents.

Following the passage of the Mental Health Act in 2014, the Health Ministry replaced Sandy Lane with the establishment of a Community Mental Health and Substance Abuse Rehabilitation Unit within the British Virgin Islands Health Services Authority