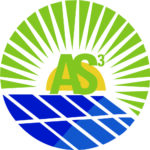 Peter Archer grew up surrounded by community, and at a very young age, his father Chesterfield Archer planted a special seed within him: a love for community and a love for the earth.  By the time he graduated from the BVI High School, plumbing was already entrenched in his life.

Two years after graduation, Peter founded Interisland Plumbing Service, which eventual he rebranded as Alpha Plumbing Services. In that same community, Peter developed a love for solar energy by watching other technicians such as Gedo King and others build small solar panels. “I was just amazed by it. So I started copying what they were doing, and then I started travelling and saw solar on a larger scale.  I decided to get deep into it.”

Now Peter Archer is looking up to the sun as the CEO of All Solar Solutions Sales and Service, a community solar company providing affordable energy to moderate-income families and commercial clients.

“I started buying solar equipment through Universal Solar in Puerto Rico, and then Ulric Corea, another one of my community influencers, suggested that I use Solar Dynamics out of St. Lucia. I took his advice and travelled to St. Lucia and became the first distributor for the company in the BVI, but later ended my relationship with them when they underhandedly decided to do business directly with my clientele. I then started using Micro Fab out of Trinidad up until they discontinued their products,” Peter explained.

When the business started to experience challenges, Peter decided to relocate to the USVI. He started working with Solar Systems LLC in St. Thomas, a job held for three years, and then Eco Innovative in St. Croix, where he became the number one installer and technical person for their solar systems. With years of experience and strong business relationships, Peter returned home with a renewed zeal for entrepreneurship. “After all these years, I still have a great working relationship with them and use their products which I love to call S-Star. I also use Rheem Tanks,” he proudly explained.

Peter is a certified member of IAPMO – International Association of Plumbers and Mechanical Officials. IAPMO coordinates the development and adaptation of plumbing, mechanical, swimming pool, and solar energy codes to meet the specific needs of individual jurisdictions both in the United States and abroad.

“I tried bringing them to the Virgin Islands but the government refused. There was no cost to the BVI. All the government had to do was adapt a code system from IAPMO and have all plumbers, mechanical engineers certified, and they refused. To this day, we still don’t have a code system for plumbing nor mechanical inspector in the BVI,” he said with a sense of disappointment.

Peter’s motto is “My work speaks for itself”. He shared that if there is one thing that he can boast about is when he completes an installment, he doesn’t get callbacks with complaints about unsatisfactory service because his work speaks for itself. He strives each day to become better at what he does by educating and offering better service to the public. Peter said he is willing to train anybody who wants to learn.

As far as solar systems installations go, Peter can do it all, but he prefers to focus more on solar water and pool heating systems. “Maybe it’s because of my strong plumbing background that makes the job easy, or maybe it is better business sense to pick one thing and do it well,” he clarified. He explained that simply having a solar water heater installed in your home can save you thousands of dollars, noting that the cost of installing a solar water heating system averages about $5,500. The average monthly household bill is $150.00 – $200.00. A water heater can cut your bill by 10% to 20%, depending on the number of persons in your home. In addition, in about two and a half to three years after installation, you would have paid back in savings for the installation.

All Solar Systems offer a two-year warranty on their product and six-month workmanship in case anything goes wrong. “With your regular electrical water heating system, there is always some sort of maintenance cost due to the elements, tanks, wrong water pressure, or water taking too long to heat which is a waste. But with our solar heating system, you save time, money, and wastage,” Peter explained.

As far as water taking too long to heat up, Peter said he could solve your problem where hot water comes instantly once you turn on your faucet.

His advice to everyone is, “Go solar, go solar, go solar.” “The consumption and push for energy focus should be renewable with considerable timelines meeting the urgency and responsibility matching our approach. You can start small, and the same money you save can be used to increase on solar panels over time,” he added. “Can you imagine the savings on fuel and maintenance to BVI Electricity and, by extension, the government if every home in the BVI were to only install solar water heaters? Astronomical! Just make it the law?” he exclaimed.

As the BVI embraces the climate pledge, blending traditional electricity with plumbing, using a hybrid approach makes sense. Solar brings that viability into our homes which provides economic connectivity, mainly for economic purposes and choices. 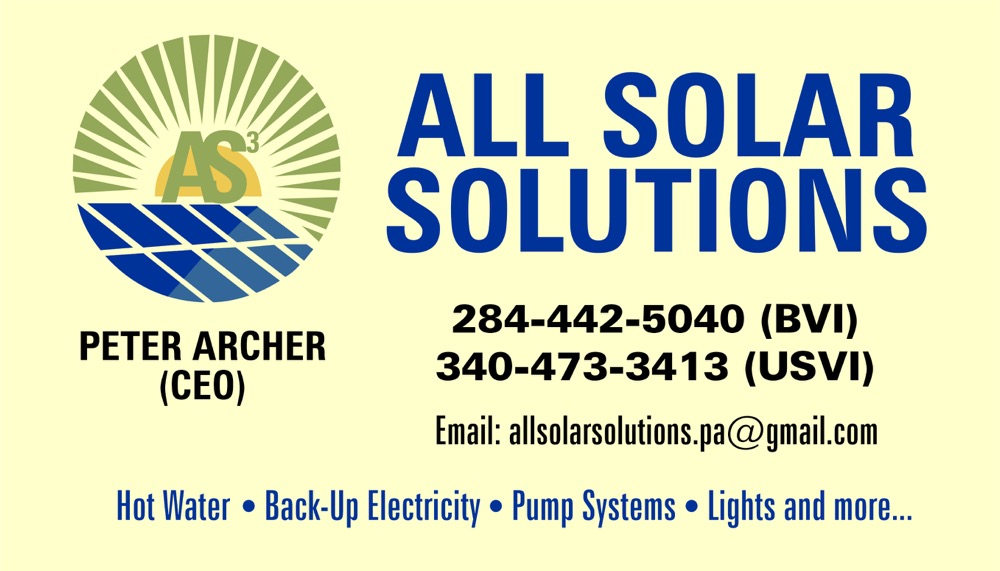 Life today can be super hard. If you aren’t orga

COVD 19 has ushered in multiple changes for everyo

There’s something I love about this time of year

With the constant growth and evolution of social m

What are you thankful for today? #begrateful #bet

A treasure chest of unspoiled islands, the Virgin

November is Gratitude Month! Take time out to app

You may have heard about celiac disease, an autoim

The history of the Caribbean is intertwined with i

We are what we eat.

It’s the most wonderful time of the year! Christ

The challenges of life can take a serious toll on

Being Emotionally Well The challenges of life can

Get on Track with Your Spending It’s the most w

The new Issue of VI Life & Style Magazine is now a

It’s the one thing most women dream about; their