Each year, yachts arrive from as far away as Australia and the United Kingdom to race through the Francis Drake Channel and rest of the challenging and beautiful waters of the BVI. However, this year the hottest competition may be among those originating a little closer to home. All year, three BVI boats have been neck and neck at local races and now are ready to pit their vessels against each other and those from all over the world, on the international stage that the Spring Regatta offers. 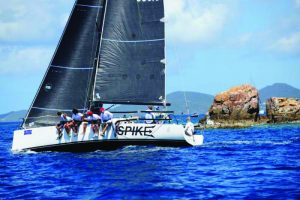 Competition will be fierce in the CSA Racing class, given that Spike, a J111 owned by Brian Nixon and skippered by Sam Talbot, won the 2017 Governor’s Cup race last April, retaining his title from 2016, and hot off the heels in his victory in the Scrub Island Invitational a month earlier. Last year also saw him sail to a second-place finish in the CSA Racing class in the Round Tortola Race for the Nanny Cay Cup at the BVI Sailing Festival. 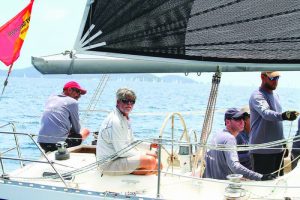 Skipper Chris Haycraft, the 2015 Governor’s Cup champ, will be challenging Mr. Talbot on his Swan 51, Godspeed in the CSA Racing class.  Last year at the Regatta, he took first in class in CSA Racing by half a point. Earlier this year, on his Sirena 38, Pipe Dream, Mr. Haycraft finished hot on Spike’s heels at the Governor’s Cup and is craving a rematch. 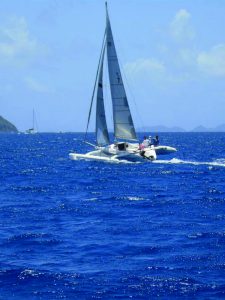 And in the CSA Multihull class, Eddie Brockbank, captain of sailing at the BVI Royal Yacht Club, will be facing teams from New York and St. Croix on his newly-arrived Corsair Sprint 750 trimaran, Lucky 7, with which he blew all his competitors out of the water Firecracker 500 at the West End Yacht Club over the July 4 weekend. This year at the Regatta, he’ll be showing them what BVI sailors, even after a Category 5 hurricane, still are a force to contend with.

Tags:
Previous Article
Our Coral Reef Strong & Resilient
Next Article
What Does Love Got To Do With It?

What Does Love Got To Do With It?
LifeStyle May 22, 2018
© 2018 Copyright VI Life & Style Magazine. All Rights reserved. A product of Relyon Marketing Group.
X