He began illustrating fashion pieces, sewing and dressing up his sister’s Barbie dolls as a young boy and today he is one of the most highly respected designers in the world, dressing up the crème de la crème models, including those from the Virgin Islands and the Caribbean for the past seven years in the Summer Sizzle BVI fashion event.

50-year-old Cesar Martin Galindo was born and raised in Huston Texas and has been practicing his craft for the past 30 years in New York. He has traveled the world and has graced several high-end fashion shows in Indonesia, Paris, as well as in his backyard New York.

According to him, he is a self-taught designer who got his early lessons from his mother- Esther Galindo, but the proverbial light bulb went off in his head when at the age of about 12, he designed his sister’s wedding gown and he realized that this was something he could actually do, when he saw his designs come to life. With supportive parents, he followed his dream of becoming a world-renowned fashion guru. “I’ve been doing it all my life, it’s my passion. I am blessed to be able to live off my work,” he said.

According to his website, his career began with designing corsets and period costumes for The Miami City Ballet, and then for The Houston Grand Opera in his hometown. In the 1980’s he moved to New York to continue his work as a designer and started in the fashion industry at TSE Cashmere as a showroom manager.

After a year, he went on to design for Carmelo Pomodoro, a then rising international sportswear designer.  During this time, Cesar began developing his own line, a signature collection specializing in dresses for social and evening events. He achieved notoriety when his washed silk kimono dress made the cover of Elle magazine in July 1993, on supermodel Karen Mulder. Once America and the rest of the world caught a glimpse of his designs, they wanted more. Galindo’s first trunk show was at the renowned Martha’s International on Park Avenue and was followed at New York City retail institution, Henri Bendel. Over the next decade, the brand CESAR GALINDO developed in distribution domestically and internationally at select retailers.

For the past thirty years, Cesar has balanced his time designing his own collection as well as working as a contract designer for private clients and for established labels including Dolce & Gabbana where he designed predominately for celebrities for nine years followed by seven seasons for Calvin Klein Collection under the design direction of Francisco Costa, and he has also worked on an assignment was at L.A.M.B., a contemporary women’s collection launched by Gwen Stefani. Galindo conducts business on a global stage in specialty stores and boutiques all over the world including the Neiman Marcus and the Saks Fifth Avenue.

In October of 2011 he launched his own brand CZAR.

Commenting on the years he has been at the Summer Sizzle BVI event, Ceasar said he is pleased to bear witness of its development over the years.

“It’s such a development in the growth of the show, I’m really proud of the team and Terry and supporting his vision to this island, and many people don’t realize it’s there, it’s like a hidden paradise. I mean look how big the runway is now, it’s pretty incredible,” he said. He added that the venue is now much larger and is full air-conditioned, and one thing he enjoys is coming to the islands and soaking in the beautiful water surrounding the territory.

“The rooster wakes me up in the morning, I just love it, it reminds me of my Latin background because we have those and it is so relaxed here. We New Yorkers we come here and we have to remember to slow down its island time and we are not back home and it is funny you have people telling you to slow down, and you know what you are absolutely right!” he said smiling broadly.

As soon as he returns to his home in the big apple, he will be working on spring 2017 as he is expected to show it off in the upcoming New York Fashion week in September. 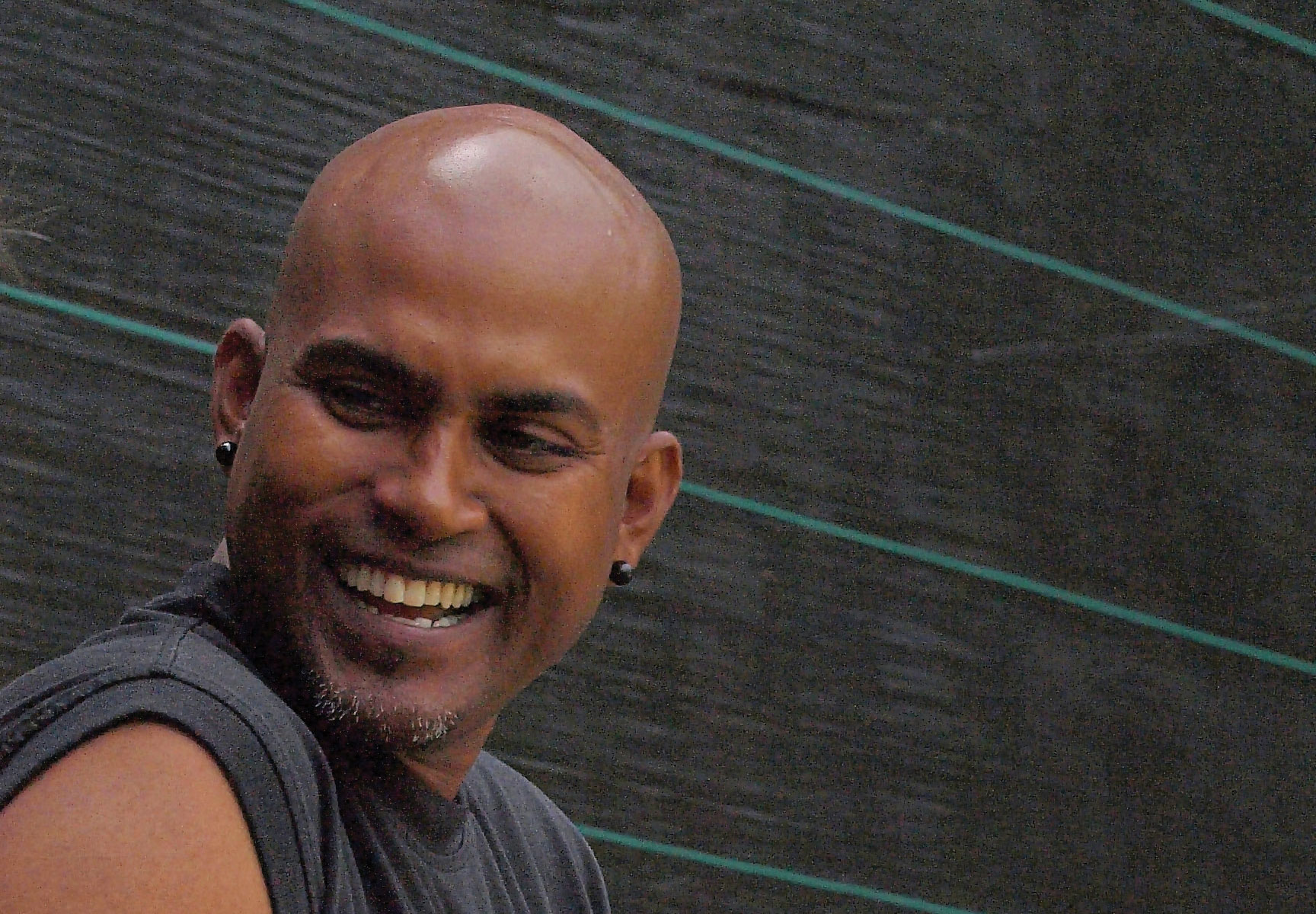