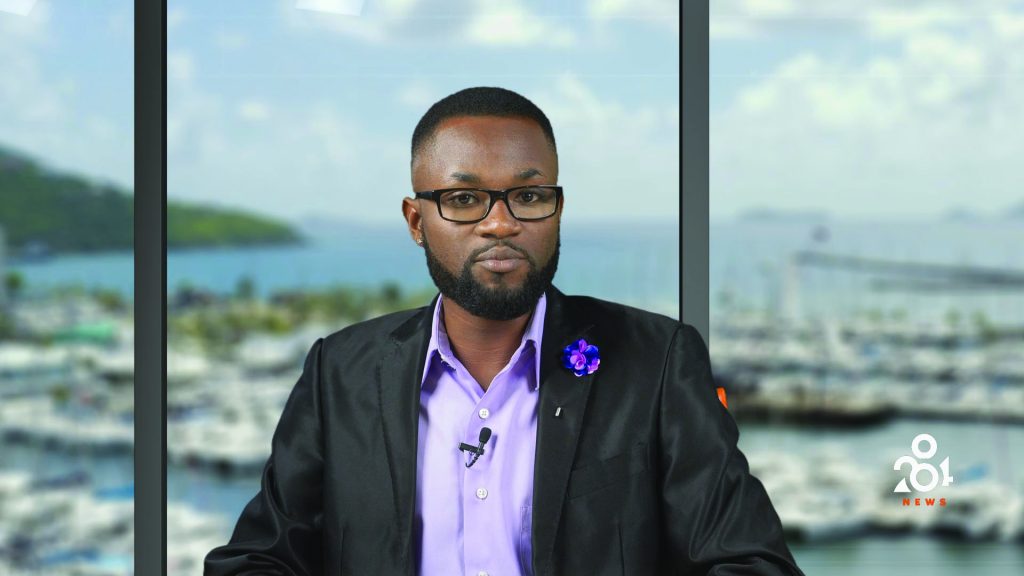 284 Media is a broadcast communications media company whose focus is to ensure that persons of the VI are informed in a tasteful and sophisticated manner. With the transition of BVI Cable TV, 284 Media plans to be live and direct in our homes in the near future and not just an online news source via Facebook. Their mission is to raise the standards of journalism and media in the entire Virgin Islands.

Ronn is the lead reporter and media editor of 284 Media. He is responsible for overseeing the entire newscast, sourcing information, meeting with stakeholders, and ensuring that the public receives information that is timely, impartial and honest.

Describing himself as a total renegade, Ronn admits that what you see isn’t what you get and while persons may assume that he has a quiet personality, he is actually vibrant, high energy, passionate, and quite the risk taker. He is proud of being himself; a defiant guy who doesn’t mind taking the plunge and doing what would not seem to be the status quo.

In 2007, Ronn graduated from high school and worked locally for a trust company for about three years which was just a means to an end. In 2010, he made the decision to go to college in San Francisco simply because it was the furthest away from home. He majored in a Multi-Media Communications programme based on his infatuation with television, acting, and movies. While his choice in college and major was unsupported, he was left hurt and disappointed. However, on his first day of class, when he was placed in front of a camera and was prompted to read the script, he knew that he had made the right decision. He later earned a Bachelor of Arts Degree in Mult-Media Communications.

Journalism in the Virgin Islands is one where Ronn believes that persons should have the opportunity to speak up and ask questions on issues that they might be for or against. At this critical juncture in our society, it really encompasses what we need in our society. There is a need for persons that will tastefully and elegantly speak about persons and issues that affect our society; for persons that will tastefully ask the hard questions, who are not going to be intimidated by individuals or persons who feel as though you are pushing the envelope.

Journalism in our Territory is everything. With one of the most historical election seasons recently, the media played such an important role in making sure that persons were informed and witnessed history in the making. The election process would not have been as successful or as smooth as it was without all members of the media. As the fourth most important branch of government, the media’s voice is technically the voice for the people; it’s the answers persons are looking for.

Within the short time of their existence, 284 Media has seen where the competitive nature of other media houses have increased and is humbled that many of the existing media houses have improved since their launch. They do, however, plan to be second to none with the intent of taking over the media market.

As the VI’s youngest local reporter, Ronn’s encouragement to anyone interested in Media and Journalism is to acquire training, research, and focus on their craft. It is a tough job with limited sleep and a lot of sacrifices, agility, and tough skin. He encourages young hopefuls to be prepared.

Previous Article
Don’t Be Annoyed with the Papayas
Next Article
Cheers! It’s Your Wedding Day