Saturday 20th May 2017 will be a date that perhaps will be forever engraved in the minds of most of the people of the British Virgin Islands, but especially in that of 20-year-old Kyron Anthony McMaster.

History happened for McMaster during an Invitational Meet in Jamaica where he won a gold medal after emerging winner in the 400 meters hurdles in a timeframe of 47.80 seconds. That win has now more than ever before placed the spotlight on him as he will soon be competing with the fastest around the globe for the title of the World Champ.

His incredible speed-47.80 has earned him a qualifying spot in the senior division at the upcoming August 4th to the 13th competition at the International Association of Athletics Federations (IAAF) World Championships coming up in London this summer in London, United Kingdom, and McMaster now has his eyes set on being the fastest in the world.

Can McMaster realize his dreams and join the ranks of Wayne Van Niekerk, Michael Johnson, and Harry Reynolds? 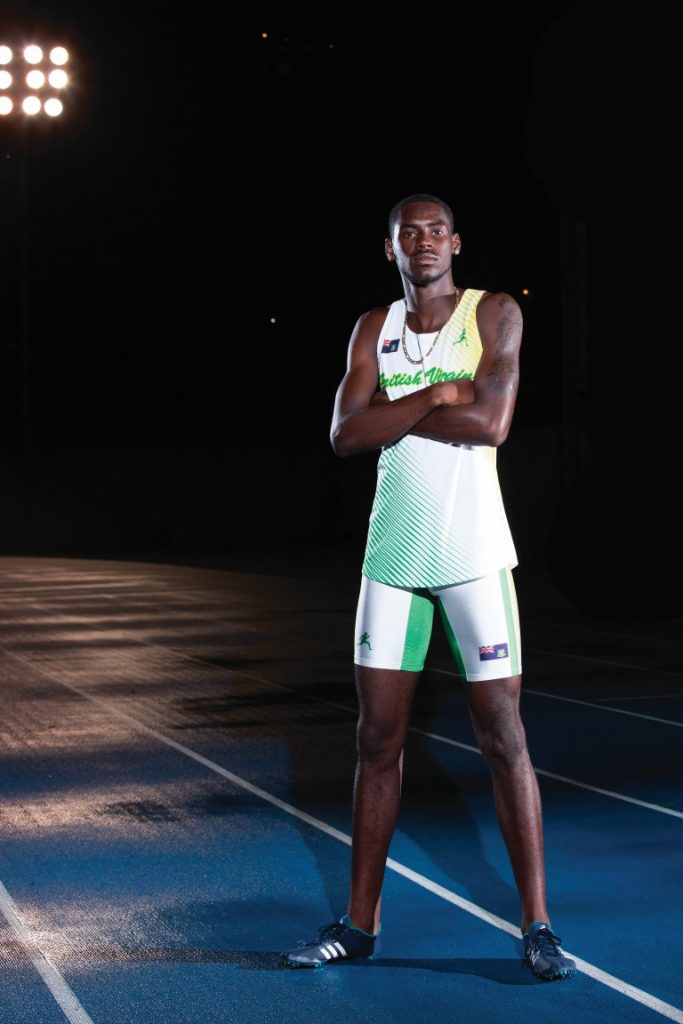 McMaster’s interest in the sporting arena started as a child, and blossomed over the years.

Already the owner of 4KT Equipment Sales and rentals, trucking and track and field are his two greatest passions. Telling of his entrepreneurial pursuits that have turned out to be one of his greatest decisions of all time, McMaster revealed that it was as a result of working straight out of high school and saving as much money that he could. Personal decisions such as opting to sacrifice brand name clothing and shoes, and buying only necessities for one year to make his dream a reality paid off, but not without challenges.

“I went to the bank and I got denied so I said, ‘well, it have to be the hard way’, so I worked day and night,” he explained.

Upon graduating from the Elmore Stoutt High School, he landed a job with the Public Works Department in the Government of the Virgin Islands and saved every penny. Due to that determined mindset, he had no difficulties when he decided to follow his athletic dream, to resign his government job and be his own boss. McMaster will soon be a Business Management student at the University of Florida and intends to push his athletic career to the limit.

So far, he has competed in China, Ukraine, Poland, Turkey, and Bahamas and on a daily basis, can be seen honing his craft. His training begins from very early in the morning to late in the afternoon, as he gears up for the championships that will see the greatest athletes from across the globe go head to head at the Queen Elizabeth Olympic Park for an unforgettable Summer of World Athletics.

Just before the sun set on another beautiful day, we caught up with this superstar athlete during his training at the A.O Shirley Grounds in Road Town, Tortola.

1. How did you end up being the second fastest 400-meter hurdler in the word?

“It’s a drive. I always love track and field after trucking, so every day that I come up here it is me wanting to be the best in it. Everything I want to do I want to be the best. I took a loss in IAAF World Under-20 Track and Field Championships in the US, in 2014 where I went to a game and didn’t make it to the next round. I used that as motivation and I always knew that I wanted to be up there. I wanted the spotlight on me, so in order for that you have to be up there. It wouldn’t come just running around. You have to do it morning, noon and night.

2. Which was your best hurdler experience?

“I would have to say Poland. It was in 2016 on the world stage when I got a medal, and I believe this was what changed my entire life. It felt great because that was every track athlete’s dream to go to those games and medal, especially if you are coming from a small island; a small town boy, that’s the ultimate reach, other than Olympics.

3. Who or what is your inspiration?

“Right now I would say my inspiration is myself, and I don’t mean that in a cocky way. I just want to inspire myself to be better.”

4. How has the territory supported you?

“Honestly, the territory hasn’t supported me as many people would think. Yes, they do congratulate me…I have a lot of individual supporters.”

5. What would you single out as your biggest challenge?

“The financial support. Because we have reached to that point where we would need a lot of other accessories like therapists, or you need to travel to this place or that place. So that would be our biggest challenge right now.

6. What changes, if any, would you like to see take place in the track and field sport?

“I would like to see apart from the Government helping us, apart from sponsorship, I would like to see a lot more professional athletes in the Virgin Islands training. Switching from training in Miami, Poland, coming to Tortola to train. That actually motivates you, it opens up a lot of doors for the younger ones.”

7. What are your future plans?

“I want to be wealthy. That was always me from young, I always told my father growing up that you are going to have a Range Rover for every tie you have in your closet…so in order for me to live that lifestyle I have to work very, very hard, from very, very young. So that’s me in the future, being rich. So I want to take my business as far as possible, making it better and for my career is to become the best 400 meters hurdler.”

8. Where are your top liming spots?

“Dance Hideout in Johnson’s Ghut, at my friends’ house or at my house.”

9. Which are your preferred beaches?

“My favorite beaches; I would have to say Brewer’s Bay because we train there as well and the beach is always calm. I also like Cane Garden Bay, because I use the jet skis and Trump Bay is where I would go just to clear the mind and focus.”

10. Do you have any advice to young people?

“Just do you, just do your thing. Don’t do something because somebody else wants you to do it.” 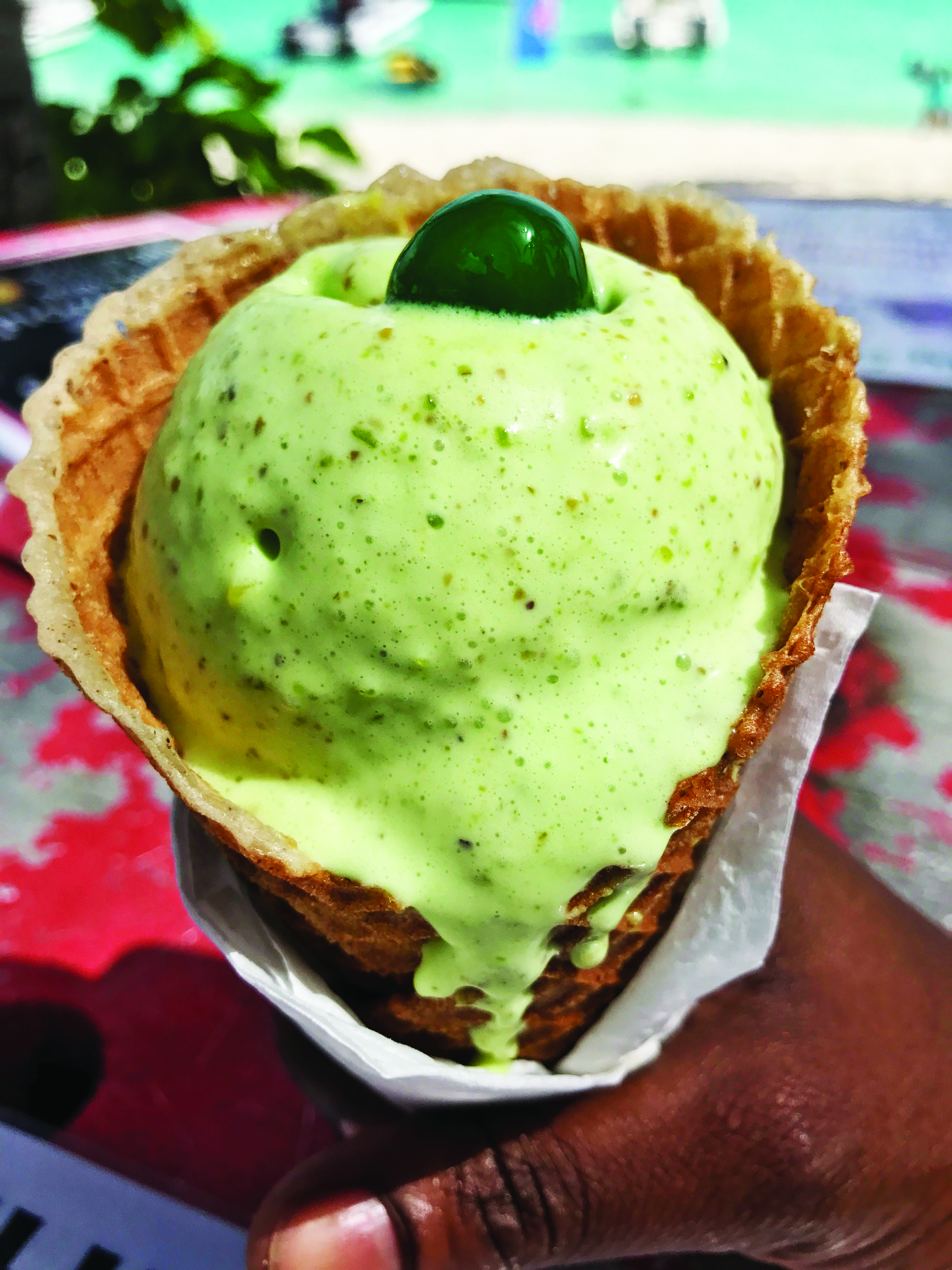