3 Historical ruins worth visiting in the British Virgin Islands!

Quite apart from the scenic sites, the exotic flora and fauna, the magnificent translucent water, and snow white beaches, the British Virgin Islands is home to an intriguing and colourful past, the remnants still visible today.

Tales of pirates, slavery, the fishing and the agricultural industries all add to the folklore of these islands. Experiencing the historical ruins will be a trip worth taking where surely your stay will be enhanced and made more worthwhile. There are many ancient ruins such as forts, museums, churches, burial sites and abandoned plantain estates all over the over 50 plus islands and cays that make up the territory.

Pulled and combined in our travel section are three historical ruins picks worth visiting in the British Virgin Islands.

Don’t leave the territory before visiting them! 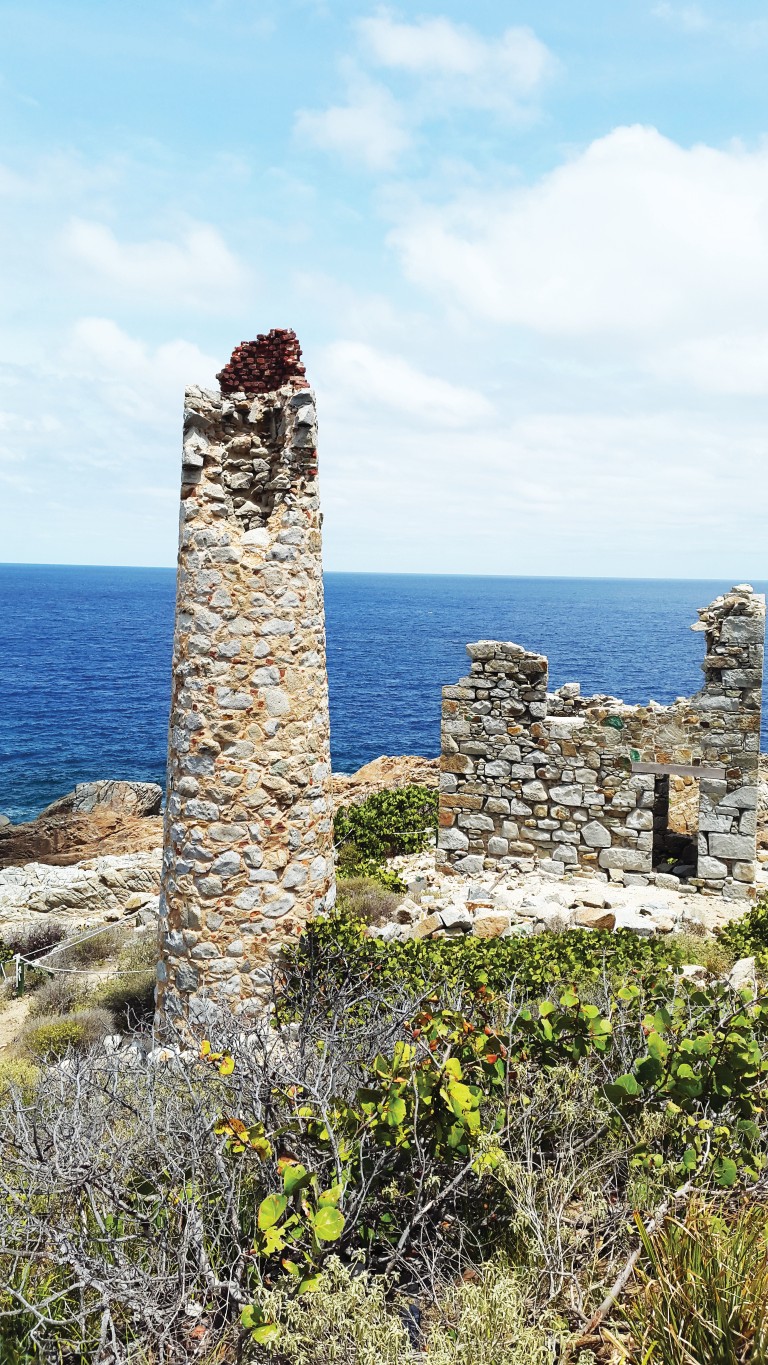 Overlooking Mine Hill, on the southeastern tip of the picturesque island of Virgin Gorda is the famous Copper Mine Ruins.

Crumbling with age, yet standing strong against the elements, Copper Mine Ruins was made into a National Park in 2003. Albeit abandoned for many years, it played a significant role in the history of the territory and more so, the people of the Virgin Gorda community.

Copper mining was first started by the Amerindians who used the copper to create tools and jewelry and traded with other tribes from the other islands. Then came the Europeans in the 1800s who also did some mining, and finally the Cornish miners followed suit, building the facility following a drop in mineral deposits in Cornwall.

In 1862 the mine shut its doors, mainly due to a spike in expenses and the low market prices of the products. During the mine’s glory days, over 130 Cornish labourers and their families had settled on the island, still evident in the huts still seen in the hills near the mine.

An operations center comprising of a powerhouse, cisterns, mine shafts, engine house, and chimney are what’s left to tell the tale, along with the granite rock outcroppings with deposits of feldspars, quartz, copper and clay minerals seen sparkling in the sun.

Efforts to restore the important historical ruins began in 1998 and in 2017, a visitor and information center was built overlooking the ruins.

The Copper Mine Ruins is also a good place also for bird watching as that area is also known to be a habitat for the White-tailed Tropicbirds. 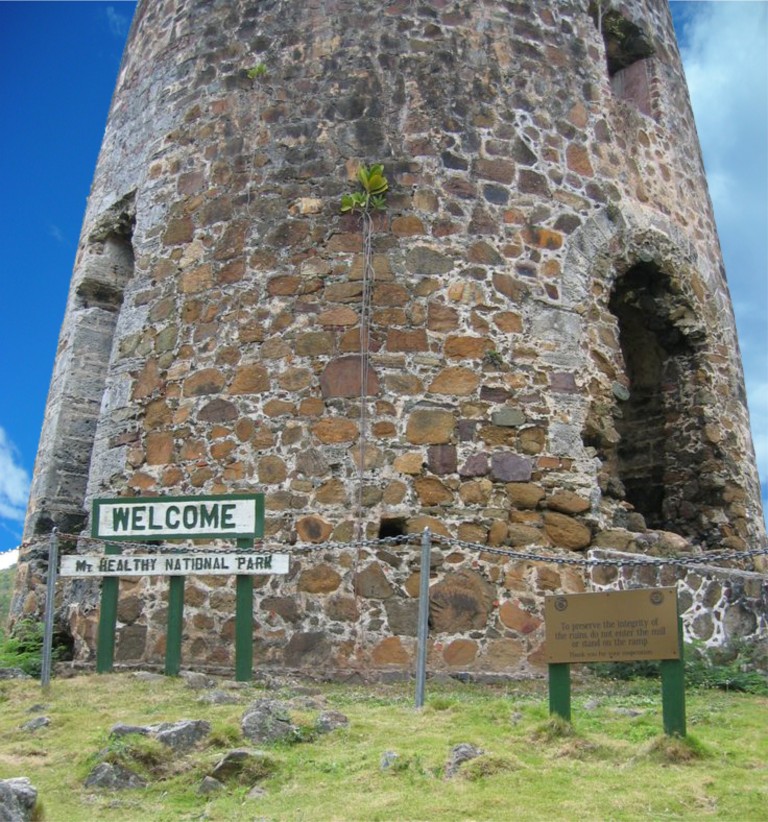 Another intriguing historical stop is the Mount Healthy National Park, situated on the north shore of Tortola near Brewers Bay.

Standing tall is an 18th-century windmill, the only one you will see in the BVI. Established in 1983, the one acre National Park is home to the remains of a thick stone walled windmill, once part of an 18th-century sugar plantation.

The windmill was once owned by a wealthy planter who operated a 250-acre plantation with enslaved Africans cultivating sugarcane for sugar production and export.

Other ruins of the Mount Healthy National Park include a boiling house, animal mill round, distillery, storage shed, and housing, among others, some of which are privately owned.

To get there, the park can be reached along the Ridge Road leading to Brewers Bay. 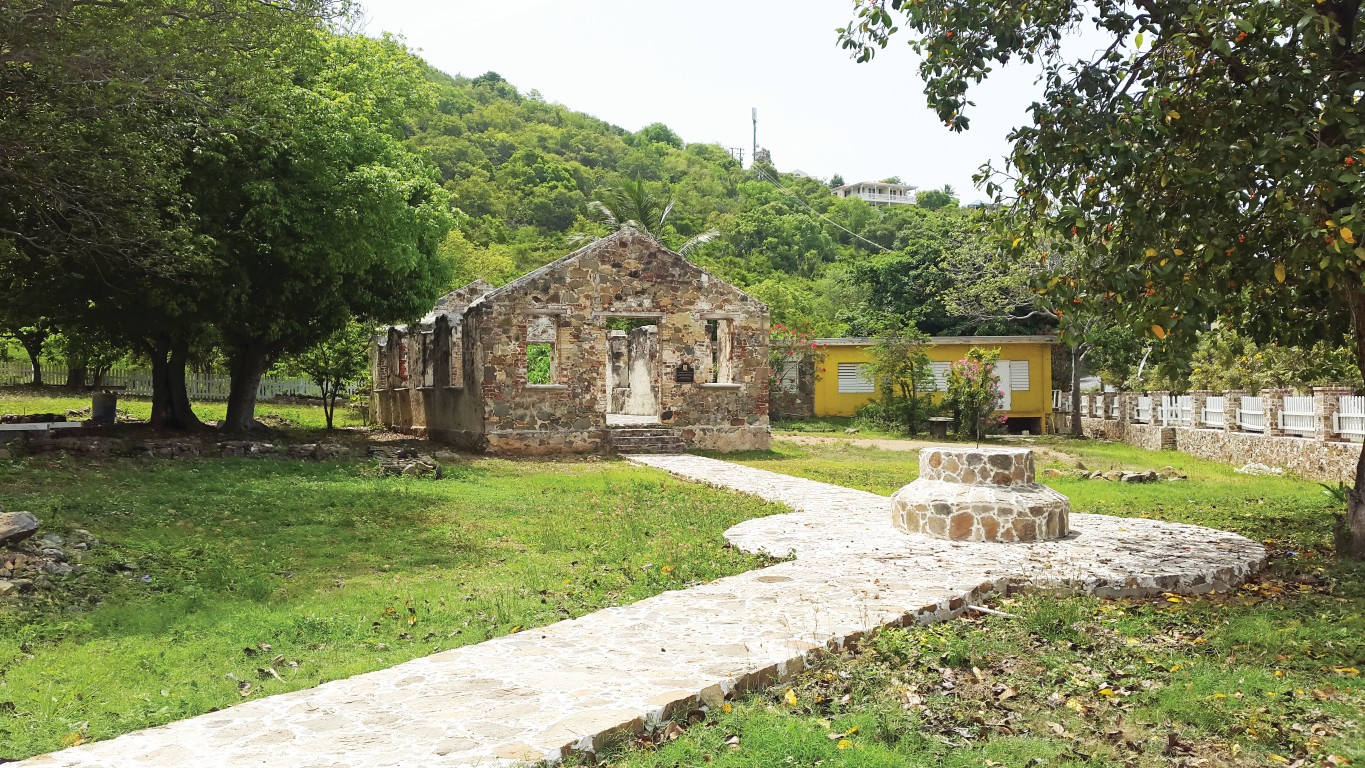 The St. Phillip’s Anglican Church is perhaps one of the most well-known churches in the history of the African community in the post-slavery era in the British Virgin Islands.

Sited just off the main road in Kingston, Tortola, the church, known as the African Church was constructed by those who had been liberated from illegal slave ships in the BVI’s waters by the British Navy in 1807.

Following their arrival on the island, they were given rights and a plot of land for survival. The church signifies the oldest place of worship built for and by people of African descent in all the Americas.

It served as a schoolhouse and chapel. The St. Phillips Anglican Church was constructed in 1840 and dedicated to Saint Phillip, one of the apostles of Jesus the Christ.

In 1916 the place of worship was hit by a severe hurricane, causing extensive damage to the building, leaving only the walls, the altar, and its graveyard.

After decades in ruin, a collaborative effort undertaken by a group of historical preservationists, the Ruins got some attention.

Despite being on private property, access for sightseeing and occasional marriages is granted.

Previous Article
Cleaning Routines that Could be Ruining Your Belongings!!
Next Article
Chill Nuh’ Man! 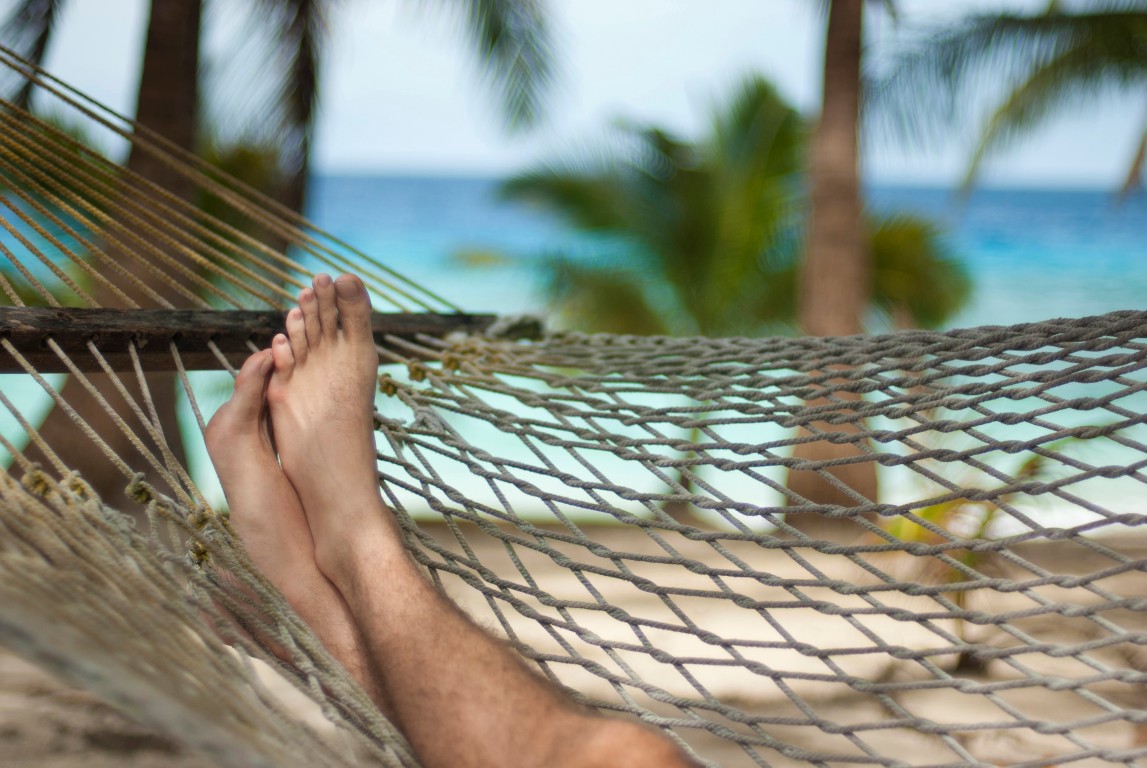